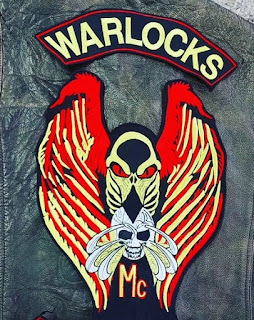 Seemingly the Warlocks MC in Canada, more specifically Fort McMurray, have made a break from their mother chapter in the US and created their own patch. They had a patch burning ceremony to celebrate their independence. I'm sure it's all legal cause I doubt the mother chapter registered the name or trademark in Canada. However, it is a blow to their credibility. 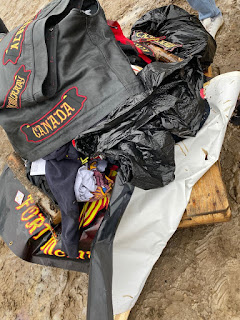 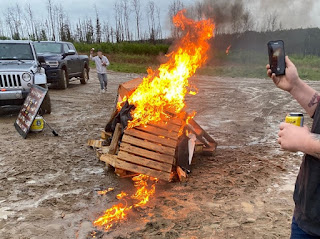 This is why the Hells Angels don't have any rivals in BC. In BC anyone who rides see the HAs as the real deal and anyone else as a wannabe or a trouble maker. We don't like wannabes and we don't want trouble. For the most part, people who ride aren't interested in selling drugs or pimping crack hoes. Those that are ride luxury cars not motorcycles. L&R has nothing to do with drugs and the sex trade. That's all about greed and betrayal. Everyone copies the HAs who say AFFA.

They change the anacronym to fit their puppet patch or their rival patch then as soon as they patch over, their forever disappears into a new forever making their new forever loyalty less likely.

For a bunch of broken men desperate for recognition and the praise of the world, there's an awful lot of drama in the MC world. I guess that's one of the reasons I was never a part of it. Of course I like to ride. It's just that all the parties with strippers and blow, it's all so fake.

These are bored men who never became responsible adults and parents. They aren't role models. Their midlife crisis was a quest to be locked in Peter Pan's childhood forever. They never figured out that somewhere along the line they were supposed to grow up. They missed the point.