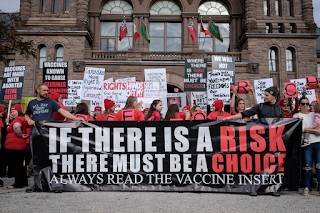 Pharmaceutical Technology is reporitng that "Several countries in Europe have suspended the University of Oxford / AstraZeneca (AZ) Covid-19 vaccine completely or partially after several suspected deaths were reported due to blood clotting following vaccination. The countries that have banned the use of the vaccine following similar reports of blood clots include Denmark, Norway, Iceland, Austria, Italy, Bulgaria, Romania, Estonia, Lithuania, Luxembourg and Latvia."

The Irish Times is reporitng that "A survey last week suggested that nearly a quarter of Germans would be wary of accepting the AstraZeneca jab." OK so let's do the math.

The Pfizer/BioNTech and Moderna vaccines use RNA which affects human DNA. There are conflicting schools of thought regarding the RNA vaccines. One school states that RNA adversely affects human DNA. The other school of thought adamantly denies that. The truth is, we don't know what it does because it's an experimental vaccine. Mustard gas was used during the war. It caused birth defects in humans. We don't know what RNA does yet. We are all guineapigs for their remapping of our DNA. They are even talking about using RNA in food.

The Canada Health Alliance opposes COVID-19 vaccination with inadequately trialed, experimental gene-modifying products. I like the reference to the GMO vaccine. That's what it is.

As I keep saying, I'm not an anti vaxxer. I support vaccine choice. Vaccine choice means having a say about what is injected into your body. Vaccine Choice Canada states that if there is a risk, there must be a choice. I agree. I'd take remdesivir in a heartbeat but these other experimental vaccines that cause blood clots and are genetically modified, I will refuse.

The PCR test is useless. We need to stop using it and get back to work. This fraud has gone on long enough. People have a right to earn a living and they have a right to choose what risks they will take. I choose to go to work and do business. That is my choice. We all have the right to make that choice. The government does not have the right to stop you from earning a living. 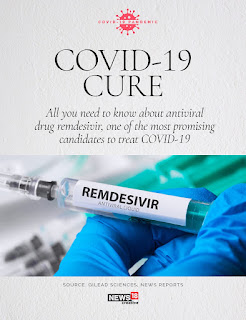