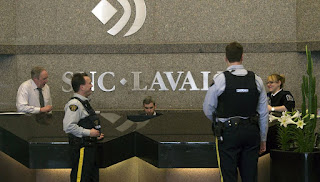 The Vancovuer Sun is reporitng that "When the New Democrats increased the Site C budget by 50 per cent last week, they provided no detailed breakdown for how they came up with the new estimate of $16 billion for the troubled project."

The Narwhal is reporitng that "BC Hydro handed out more than $171 million in no-bid Site C dam contracts over an eight-month period ending in July 2020, including to the beleaguered engineering firm SNC Lavalin, The Narwhal has learned."

Why is John Horgan awarding no bid contracts to SNC Lavalin? Because the SNC Lavalin scandal is nonpartisan. They're all in one it. This story has even made the New York Times.

SNC Lavalin is just as dirty as Bombardier and Lockheed Martin. They all underbid and over charge government contracts and keep getting away with it because they give kickbacks in political contributions. This is tax fraud and needs to be addressed..