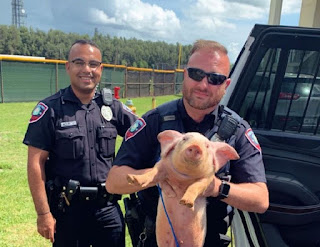 The Toronto Star is reporitng that Jarrod Bacon "has been released from prison, with a warning he must finally stop lying to authorities, socializing with gangsters and importing drugs."

He was released before but returned to prison for parole violations. I'm not sure what kind of role he will play now in the local drug trade since there's a price on his head and he's such a heat bag. Maybe he'll join his brother Jamie in the rat pack since he's not able to peruse gainful employment. This little piggie went to market so he did and he ran all the way home.