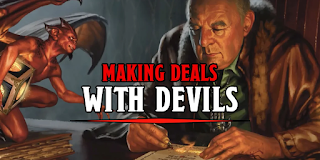 Dr Kim is reporting that "This was a bit of a surprise ruling in the B.C. Court of Appeal Thursday. I was the only reporter inside Courtroom 70 when Justice Joyce Dewitt-Van Oosten read a very brief statement that said killers Cody Haevischer and Matthew Johnston have had their convictions set aside, even though the court also upheld the 2014 guilty verdict against them. So what does this mean? Well of course, we haven’t seen full reasons for this decision and likely never will do to the fact that part of the appeal was heard in secret." Heard in secret?!

This ties in with the new news I said I had but didn't want to report on it until it was confirmed. I had heard that Jamie Bacon had cut a deal and that new fentanyl charges were being raised against him so he fired his lawyer and hired the Bobbsey twins' lawyer.

Do you know what that means? If that is true, it means that Jamie Bacon has agreed to cooperate with the police and has entered the Witness Protection Program with Blaze in the Rat Pack to testify against rivals on the tax payers dime. It means the new charges are fake. If that is true, that is the biggest betrayal of public trust this province has ever seen.

I wanted to hold back on reporting it for two reasons. It was unconfirmed and it would kill Eileen Mohan. However, this news about Cody Haevischer and Matthew Johnston already has and she deserves to know why. This new deal held in secret is abominable. It is reminiscent of the Bobbsey twins deal before they started cooperating with the police.

The only way this could be a good thing is if they were testifying against the people who hired them to commit the Surrey Six murder for the Hells Angels. Yet if Jamie Bacon has retained the Bobbsey twins' lawyer and has joined the rat pack with Blaze, I think that is highly unlikely. It looks like more help for the Hells Angels monopoly on the drug trade at the tax payers expense.

Posted by Dennis Watson at 5:14 AM