Anees Mohammed, 29, was fatally shot last evening in Richmond's Steveston Community Park. He was a resident of Vancouver. Investigation is ongoing. pic.twitter.com/yNTWkFZdgW

CTV is reporitng that the victim of a fatal shooting in Richmond's Steveston neighbourhood has been identified as 29-year-old Anees Mohammed, a resident of Vancouver. Mohammed was known to police and it's believed the shooting was targeted. RCMP were called to Moncton Street at No.1 Road at 8:30 p.m. Thursday after reports of shots fired near Steveston Community Park. 29-year-old Anees Mohammed, a resident of Vancouver."

Global Television reported that Gary Kang, who was shot dead Wednesday was affiliated with the Red Scorpions. They work for the Hells Angels ever since the Surrey Six murder. Global reported that the BC Gang unit said there would be a retaliation for that murder and here it is. Interesting how the BC Gang unit works for the Hells Angels now even announcing a retaliatory hit before it happens. The BC Gang unit bragged about being right predicting the retaliation. Kinda reminds me of how they predicted Juel Stanton's murder right before the club killed him.

Tyrel Quesnelle was sent from Edmonton to murder Randeep Kang because the Kang Group were fighting with the Brothers Keepers when the Brothers Keepers were working for the Edmonton Hells Angels. Were the Kangs really affiliated with the Red Scorpions or was that giant black scorpion a plant just like the fake pressure cookers. This conflict is, was and always has been about who wants to sell drugs for the Hells Angels and who doesn't.

CTV is reporting that 41-year-old Mohammed Abu-Sharife has been charged with second-degree murder of 30-year-old Amin Shahin Shakur who was killed July 13th 2020 in East Vancouver. Amin was the owner of Dank Mart. A rival muder in the legal pot industry. Greed kills. 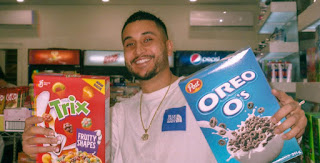