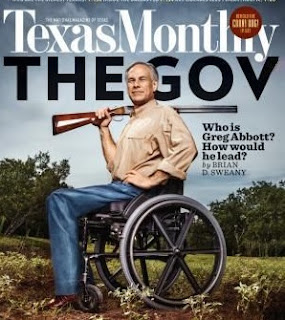 Candace Owens posted a concise video explaining why tax cuts for the rich are tax cuts for the poor. The logic is sound. The Hodge Twins posted a similar video. California keeps raising taxes so all the businesses are leaving and moving to other states that have lower tax rates. Once those businesses leave, the government has even less tax revenue than before it raised taxes. That means poor people have to then pick up the difference. We saw this under Joe Biden. Under the Obama administration, Joe Biden lied and said they would not raise taxes on the middle class after they raised taxes on the rich. Shortly thereafter he was documented breaking that promise and raised taxes on the middle class. Joe Biden is a proven liar. History has recorded that.

I've used this same analogy when discussing the Irish experiment. Ireland was poor. They didn't have much in the way of high-tech business so they decided to try an experiment. They figured 80% of nothing is nothing but 20% of something is something. So they decided to offer a corporate tax break encouraging new businesses to move to Ireland. It worked.

All of a sudden all these high-tech companies were moving out to the middle of nowhere in the Shannon Industrial Estate beside Paddy and Mic's sheep farm. Google moved their office to Dublin. That means all these people have jobs now and are working. Instead of collecting the dole, they are working and paying taxes. By lowering corporate tax, the government has much more tax revenue as a result. The people have more money and the government has more money. It's a win win situation. So let's use this logic and see where it takes us.

One of the few things I remember from high school is the transitive axiom of equality. If a = b and b = c then a = c. It makes sense. Now lets apply this to the Covid fraud. I say fraud because that is exactly what it is. Covid does exist like any other flu virus but the media is lying to us about the hospitalization rates and the death rates. Therefore, it implores us to determine why they are lying and thereby expose the intent of their fraud so that we can clearly see the truth.

The answer comes down to ownership. When Rupert Murdoch supported Tony Blair, he did so because Tony Blair was a globalist. Murdoch's newspapers would run articles supporting Tony Blair and not run articles opposing him. It was straight up biased propaganda. The Vancouver Sun had a long proud history of credible journalism as did the Vancouver Province. Post Media News destroyed that legacy. Now it's all political propoganda.

When Post Media News took over the National Post they ran an article claiming Chairman Mao did great things. That was outrageous and demonstrates the problem with media mergers. When you merge media outlets, they become easier to control. Change ownership and they change the focus of their propaganda. Post Media News has killed the newspaper industry but they just bought Global television network. Global had a long proud history of credible news. Under Post Media News that too has been lost and Global News is now on Amazon Prime Video. Which means the high-tech bombardment of false propaganda has become far more persuasive.

This was one example of falsifying Covid death rates. In the US there were many. All of a sudden people who died in car accidents or died of gunshot wounds were having Covid as their cause of death. US doctors and Senators spoke out against that fraud. When you look at the Covid death rates in Canada we can clearly see that has happened here. 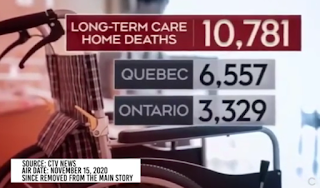 Laura-Lynn Tyler Thompson was banned from YouTube for exposing the fraud. CTV ran a report claiming that since the beginning of the pandemic, 10,947 people have died from Covid 19 in Canada. 10,781 of those deaths were the elderly living in care homes. Yet the Justice Centre for Constitutional Freedoms uncovered that the same number of seniors died this year as the year before and the year before that. If 10,781 people had died from Covid in care homes, then that would mean 10,000 more seniors would have died this year than last year. The stats don't show that so it proves they have been claiming everyone who died in a care home died of Covid just like the guy in Calgary who had his heart surgery cancelled. 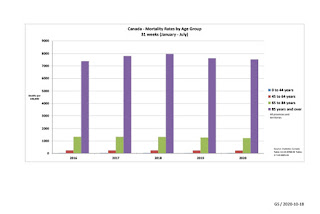 London is in another lockdown after an implausible 17 news strains of the coronavirus have been detected.
NYC and Los Angeles have been in some form of a lockdown virtually all year.
Meanwhile, in Wuhan...