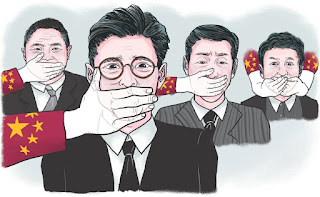 Human Rights Watch is reporting that "China’s government sees human rights as an existential threat. Its reaction could pose an existential threat to the rights of people worldwide. At home, the Chinese Communist Party, worried that permitting political freedom would jeopardize its grasp on power, has constructed an Orwellian high-tech surveillance state and a sophisticated internet censorship system to monitor and suppress public criticism. Abroad, it uses its growing economic clout to silence critics and to carry out the most intense attack on the global system for enforcing human rights since that system began to emerge in the mid-20th century."

Trouble in Tibet. This is why they want gun control. These are the people that control Global Television and our main stream media. It is time to wake up and smell the coffee. 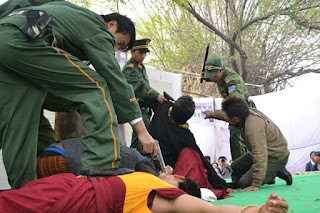 Falun Info is reporting that "For more than a decade, the Chinese Communist Party (CCP) has been systematically killing innocent people on a large scale, and extracting their vital organs to fuel a multi-billion dollar organ transplant industry. A vast majority of the victims are Falun Gong practitioners, who have been detained by the CCP simply because of their faith."