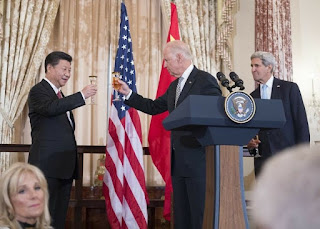 Dominion voting donated to Hilary Clinton and to Justin Trudeau. That is a flaming conflict of interest. It is a Canadian company with ties to Venezuela and shares office space with George Soros shadow clubs. The Communist Party of China donated $400 million to Dominion before the election. Voting companies are supposed to be nonpartisan.

Technology expert Jeff Brown stated that the Dominion voting software has the ability to flip the vote. This is not the first time we have heard of election software being able to flip the vote. We heard the same thing in favor of George Bush in Florida.

Clinton Eugene Curtis testified before a congressional hearing that he was hired by Republican Congressman Tom Feeney in 2000 to build a prototype software package that would secretly rig an election to sway the result 51 / 49 to a specified side.

Recently, in Canada Jason Kenny was accused of election fraud and there was a shady deal done that blocked Leslyn Lewis from proceeding to the final round in the conservative leadership race. Leslyn Lewis got more votes that Peter McKay and Erin O'Toole in the second ballot but had to drop out because she got less points. "Each of Canada’s 338 electoral districts is worth 100 points regardless of membership size - a controversial rule in the past for some party members. Points are assigned based on a candidate’s percentage in each district. A majority of points (16,901) is required to declare a new leader."

If Leslyn Lewis was allowed to proceed to the final round, the majority of Erin O'Toole's supporters would have voted for her over Peter McKay due to McKay's mudslinging. She received more votes than the other two candidates just less "points." Yet I've never seen a breakdown of how those points were calculated to verify that the calculations were correct.

Electronic voting is a colossal concern and I do not support it. It's too easy to fix. Ontario had glitches in their municipal election thanks to Dominion voting software as did New Brunswick. Calls for recount grow in New Brunswick after technical glitch.

I do not support the use of Dominion Voting or electronic voting. At all

Election Evidence that Demands a Verdict