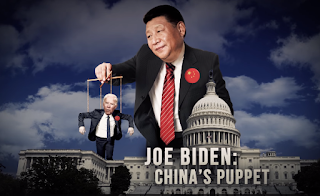 There has been a whirlwind of activity that I'm going to comment on. The thing that won me over to Donald Trump during his term in office was the media. The absurdity of the mainstream media became obvious. Already we are hearing the polarized insanity from a propaganda driven machine funded by the Communist Party of China.

CTV is reporitng that "Alberta Premier Jason Kenney described the cancellation of Keystone XL's permit as a gut punch and insult to Albertans Wednesday." Of course it is. Chief Alvin Francis from the Nekaneet Cree Nation, which is part owner of the pipeline expressed his disappointment with the decision. I totally support lowering CO2 emissions.

However, I will simply point out that Communist China is the biggest polluter on the planet. Industrial coal is the largest contributor to CO2 emissions that exists. Burning industrial coal to generate electricity is not green energy. That is a toxic lie.

We have to ask ourselves where does this fake climate accord really take us? Is it another excuse to take away our civil liberty and ban us from driving cars? That is exactly where some of these fruit cakes want to take this. They want to use fake environmentalism to implement Communism​ through the global reset.

Joe Biden restores funding to the WHO. How is that a good thing? The director of the WHO is not a medical doctor. He is a leader of a violent Communist paramilitary organization in Ethiopia. How do we know that money doesn't go to support revolutionary Communism? We don't.

Meanwhile, back on the ranch, "China has said it wants to cooperate with Joe Biden’s new US administration, while announcing sanctions against the “lying and cheating” outgoing secretary of state Mike Pompeo and 27 other top officials under Donald Trump. The move was a sign of China’s anger, especially at an accusation Pompeo made on his final full day in office that China had committed genocide against its Uighur Muslims, an assessment that Biden’s choice to succeed Pompeo, Anthony Blinken, said he shared." Organ harvesting of political prisoners is a genocide. Communisms is the Mother of all Lies and the CCP is full of it. 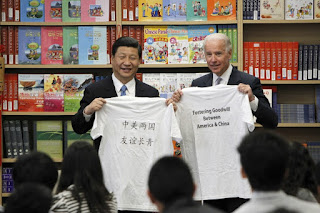 It's not about Republican vs Democrat. It's about Patriot vs Globalist.

Online radicalization is growing in BC

It's called CBC and Global Television. CBC lied about the Covid hospitalization rates in Manitoba. They straight up lied. That used to be big news when a media outlet lied. Now it's par for the course in the new world order of leftist radicalization. Global had a 60 year history of credible reporting as did the Vancouver Sun and Province. All of that was instantly destroyed by Post Media News who changed the news into propaganda and Corporate branding. Indeed the online radicalization of the Mainstream media is completely out of control.