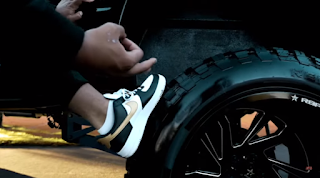 I've got some names, pics and videos but I'm not going to post them. I don't want to incite violence I want to calm and disperse the violence. I will say two names, Driftwood Crips and Gary Kang's Blood in Blood Out. That's all I'm going to say. The crips and bloods conflict is getting old.

All these rappers and videos of this and that and I'm like wow those kids are young. Then I stop to think about it and realize they're not that young. I'm that old. I was their age once.

The reoccurring theme throughout the videos is drug money, stripers and luxury cars and I just shake my head and say yo man, that ain't me. I'm all for the beats. I was in Harlem New York City in the /80's during the crack epidemic when LL Cool J was big. He still is. That brother is epic. Yet I've always tried to aspire to something higher. Tupac's Ghettos Gospel.

If some brothers from Toronto have moved to Surrey and are supplied by the Brother's Keepers, then they still work for the HAs. Just remember what happened to Glen Nelson from Redd Alert after he took back all the drug dealers in the DTES for the HAs. They shot his wife dead.

The Edmonton Angels shot Ali dead. They used him. That life is no life. There is no honour in selling drugs. Times have changed. When I first started this blog just over 10 years ago everyone wanted to be a gangster. Gangster was a term that kinda meant cool.

Everyone was like what's up g? Then people started to see through the lies and saw the fake loyalty for what it was. All the plastic greed was artificial and empty. There was no happiness to be found in it. Those strippers will turn into crack hoes and you'll be smitten with the scab and the ich. Yo bro, that sh*t is nasty. That plastic world is pathetic.

Now everyone wants to be a soldier. That's where the honour is. Fighting for a noble cause - the call of duty that inspires men to sacrifice for others. That is noble. When I was with the Guardian Angels it was clear. Who is cooler, someone who mugs an old lady or someone who chases down the mugger and protects the old lady. The answer is obvious and you all know it.

Throughout history soldiers have been fondly remembered as heroes. I'm not talking about drug dealers who call themselves soldiers, I'm talking about the real thing. Men and women who go to war to project others. That is noble. During World War I and II my forefathers enlisted in a heartbeat. They made sacrifices. Would we do the same now?

The thing is right now we are at war and half the people are too stupid to see it. I say stupid because that is exactly what they are. The good news is that the other half aren't. They see it and they are fighting it. Right now that is what we need to focus on because if you don't have liberty, ya ain't got sh*t. Those who never fought for freedom shall never know the taste of it.

In Montreal the crips sell for the red and white. I'm not saying that's good or bad I'm just saying it is. Some of those guys are my age - in their 50's for f*ck sake. Capping geriatrics aint fly but capping 14 year old kids is worse. Ya'll need to carve out some territory and make some cheddar but I'll say it again, that aint me. I was never a part of that life and never wanted to be. Word.

All these young aspiring rappers threatening and insulting each other reminds me of what TI was referring to when he said "all the hooting and hollering. You've lost sight of what's important because your values are in disarray. You're unhappy with your riches because you're piss poor morally." When I see all that arguing I'm like whatever. I don't do drama. I do real life.

I respected Drake because he was a Canadian that made it in New York. Yet his voice always kinda sounded like a little girl to me. I guess that's why little girls like him so much. When he started supporting the red and white, that's when he lost my respect. We all know about Robert Pickton and what went down on the pig farm. None of us support that.

At the gym they often ask what is your why? What is your reason for going to the gym. We all need a reason to get out of bed in the morning. We all need a purpose. Slinging crack is not it. That's lost its glam. You can't sell drugs forever. One day you have to grow up and become a man. Boys will be boys but men will be men. Leave the life yo. There is a better world out there.

The Brothers Keepers respected Ali. Perhaps he was becoming too powerful. The Hells Angels killed him and the crown dropped the charges. Now the Hells Angels have hired some Crips from Toronto to beef with the Kang group and they're like it's not us it's the Somalians. They are the ones who hired them to start sh*t simply because the Hells Angels can never leave well enough alone. They do not want to share drug territory, they want it all. They are driven by greed. L&R has nothing to do with it. Just remember what they did to Ali and to Glen's wife. Watch your back. 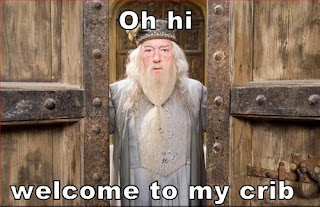