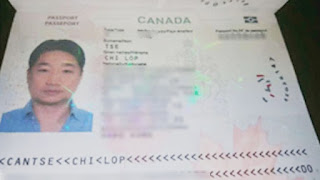 The New York Post is reporting that "An alleged drug lord known as “Asia’s El Chapo” has been busted in Amsterdam on suspicion of running a multibillion-dollar narcotics operation, authorities said. Tse Chi Lop, a Chinese-born Canadian national, was detained without incident at Schiphol Airport at the request of Australian police, which has led an international investigation into his cartel, Dutch police spokesman Thomas Aling said on Saturday."

Australia is now trying to extradite him. El Chapo worked for the CIA just like Manuel Noriega and Pablo Escobar. You work for us until we throw you in jail and take all your money. Sounds shady.