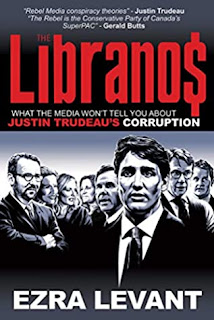 Rebel News is reporting that Elections Canada sent a letter to Ezra Levant stating that he was convicted of two counts of breaking the law and was fined $3,000 — specifically for writing a book comparing Justin Trudeau to Tony Soprano, and for the drawing on the book's cover that compares them. He was convicted without a trial of something Elections Canada has no jurisdiction over. Ezra has of course filed an appeal which should include costs and damages.

Elections Canada do not own the copyright to the Sopranos name and logo so they have no authority to make an application on their behalf. That application would be made in a court of law not an Elections Canada tribunal. Ezra's book does not violate copyright. It is a satirical reference to the corruption within the Trudeau government which was clearly displayed in the We scandal and the SNC Lavalin fraud. Justin Trudeau is using Elections Canada to censor critics. No wonder he loves the Communist Manifesto so much.

Elections Canada is supposed to be nonpartisan. They are not supposed to interfere with free speech. This is another example of the Orwellian Era we now live in and how climatization is adjusting us to giving up our civil liberty. I encourage you to donate to the legal challenge against this and get a lawn sign but more importantly, I encourage you to cut the cable and subscribe to Rebel News. That will save the planet. $8 a month to Rebel News is money well spent.

Cable is a worthless toxic wasteland. Post Media News has destroyed the newspaper industry on the West coast and never made the transition to the digital market like Rebel News has. The Vancouver Sun and Province had a long history of credible journalism which was destroyed as soon as Post Media bought them. Now they are both cheap tabloids of political propaganda.

Likewise Global Television had a 60 year history of credible journalism. That has been destroyed by their new owners, Post Media News which has transformed Global Television into a cheap tabloid of fake news. It's time to cut the cable and support alternate news sources. That is supply and demand in a free market. Support free speech and stop financing corporate censorship. 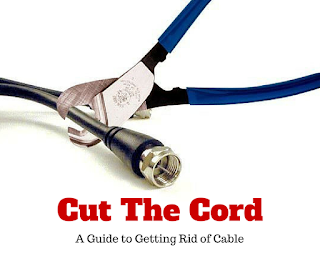 Posted by Dennis Watson at 6:57 AM