Before honour is humility 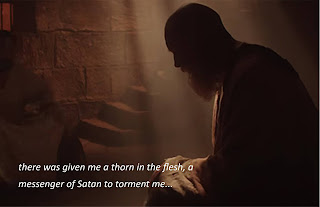 Solomon once said before honour is humility. At first reading I said no it's not. Honour is above all else. To thine own self be true. Although I still struggle with the meaning of that statement, I think he's referring to worldly honour. The praise of man which is something we should not seek.

In the movie Braveheart Robert the Bruce's ailing father said "Admire this man, this William Wallace. Uncompromising men are easy to admire. He has courage, so does a dog. But it is exactly the ability to compromise that makes a man noble."

In the movie, Robert the Bruce's father was a bit of a sleazebag. He was a politician not a soldier. I don't believe we should ever compromise our principles. Yet I do believe that sometimes in life we have to compromise. It's like the serenity prayer. God grant me the courage to change the things I can, the serenity to accept the things I cannot change and the wisdom to know the difference. Wisdom, courage and serenity or in other words humility.

In Hebrews Paul said "But if ye be without chastisement, whereof all are partakers, then are ye bastards, and not sons." In other words, everyone experiences trials. The son of man hath descended below them all. Art thou greater than he? If we don't have trials, then we aren't children of God we are children of someone else - bastards. Paul concluded when I am weak, then I am strong. God gives men weaknesses that he may be humble and if man humbles himself God can help him turn his weaknesses into strengths.

They say pride cometh before the fall. Arrogance isn't pretty. Yet arrogance and confidence are two different things. Confidence is faith while arrogance is thinking we are better than others. It's the act of comparison. Humility doesn't mean self-hate. It means recognizing our limitations.