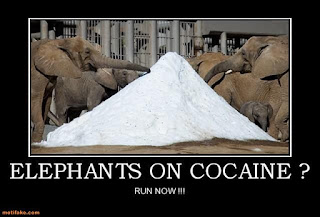 CTV is reporitng that "Three men are facing charges after Saskatoon police seized nearly five kilograms of methamphetamine following a drug trafficking investigation." Police also seized 2.5 gallons on GHB, date rape drug. This is what Jagmeet Singh wants to legalize. He wants to legalize rape. A 23-year-old man from Edmonton has been charged along with a 29-year-old from Surrey. Every province except BC makes drug busts. That is the elephant in the room.

Addicts need treatment but if they want it, they can't get it. That's because the government wants to profit from addiction instead of healing it. That is not the Portugal model. The Portugal model revolved around mandatory treatment not profiting from crime.