Cats and Rats and Elephants - Update 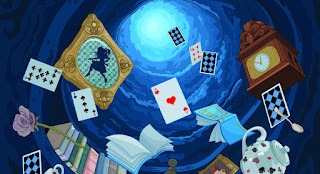 Update: Turns out Neil's sentencing was put over until June 2nd in New Westminster. However, that doesn't change the fact that the convictions for the Surrey Six murder were set aside and the charges against Ali's killers from Edmonton were stayed by the Crown.

Turns out that the publication ban is pursuant to section 517(1) which just covers bail hearings.

Here's one for the rabbit hole. Ace Ventura is reporitng that Edmonton Hells Angel Neil 'Nitro' Cantrill's sentencing was March 16, 2021. Gangterism out is not me. That's Ace Ventura from Neer Do Well. Gangsters out is me, Dennis Watson. You can tell the blogs are run by two different people. I support Trump now and he hates Trump. OK so let's follow the spider web.

As Ace Ventura reported "Hope resident Richard Houle grew pot for Neil Cantrill for over a dozen years. When Houle told Cantrill in Dec 2014 that he wanted out of the business, he didn’t think there would be a problem. There was a problem in Aug 2016, when Houle was grabbed by Cantrill, his son Stephan and associate Robert Lowry. Houle was brutally beaten and told he would have to sign his house over." Nothing really surprising there.

However, lets pause to point out that Richard Houle from Hope, BC grew pot for an Edmonton Hells Angel for many years. Kinda like how I said the Edmonton Hells Angels were the ones that hired the Brother's Keepers to bring violence to Surrey and later hired the Driftwood Crips after they killed Ali. The Brothers Keepers respected Ali. The 8151 robbed him and killed him.

The Hardside chapter had become its own chapter but they were more like a puppet club than a real club. They had Chad, Ali and the Duck Dynasty Decoy. They answered to Haney and Edmonton got the drug profits. No doubt Ali complained about that so they capped him. The Brother's Keepers wouldn't do it so they had to get a couple of yahoos from Edmonton to do it and the PoPo dropped the charges against them. All in a day's work.

So Richard Houle in Hope, BC grew pot for Neil Cantrill for many years. He wants out and they kidnap him and tell him to sign over his house. July 17 they were found guilty in BC Supreme Court on charges including aggravated assault, kidnapping, forcible confinement and extortion. So why haven't we heard about the sentencing?

Those are the cats and rats. We are now left with the elephant in the room. The purpose of a publication ban is to protect witnesses and to make sure the accused has the right to a fair trial. When the trial is over the publication ban expires. Something very shady is going on here.

Kim Bolan was the first one to report on the Rat out your rival program the compromised BC Gang Task force introduced along with their ridiculous Free Hugs poster campaign. These dirty deals they are making to keep Hells Angel drug dealers out of jail doing business on the street are abominable. That is the elephant in the room. 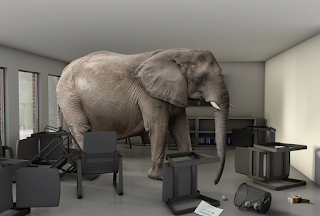