Journalist tortured by the CIA in Colombia 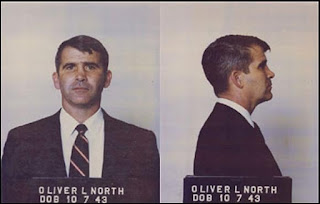 France 24 is reporitng that "The Inter-American Court of Human Rights on Wednesday ordered Colombia to immediately protect a journalist who has accused the state of complicity in her kidnapping, rape and torture two decades ago. Now 47, Bedoya suffered a 16-hour ordeal after she was seized by right-wing paramilitaries from outside the La Modelo prison in Colombia's capital Bogota, where she was investigating an arms trafficking network. She claims the state, including an influential police chief, was complicit in her abduction. Bedoya says she has since suffered two decades of persecution, intimidation and constant threats."

Gary Webb was right. The CIA was responsible for the US Crack epidemic in the /80's. Operation Fast and Furious showed us that Iran Contra never stopped. Colonel Edward P. Cutolo testified that the CIA was transporting cocaine from Colombia into Panama then into the United States in Operation Watchtower and that Col. Tony Noriega worked alongside CIA Agent Edwin Wilson supervising that drug network before Noriega became president. The CIA used and screwed Manuel Noriega, Pablo Escobar and El Chapo. CIA Drug Trafficking Whistleblower Spreadsheet.