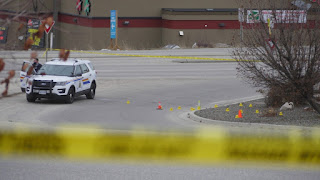 CTV is reporitng that "Police in B.C.'s Interior are investigating a homicide and a shooting that left a woman with serious injuries just a few hours later. B.C. RCMP's Southeast District Major Crime Unit says in a news release that it has been called to investigate the circumstances surrounding a shooting and the death of a man near Highway 97 between Butt and Grizzly roads."

"Castanet.net reports police on the other side of Okanagan Lake, in Rutland, are investigating a separate shooting that sent a woman to Kelowna General Hospital around 6 a.m."