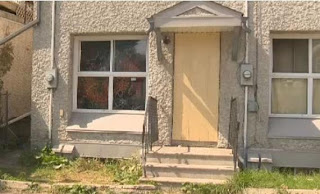 Six people face charges of cocaine trafficking including a 12 year old boy after a house was raided in Winnipeg on Wednesday which resulted in the seizure of crack cocaine and drug paraphernalia. A 33-year-old woman, a 28-year-old woman, an 18-year-old man, a 17-year-old boy and a 16-year-old girl are all facing drug-related charges. The 12-year-old boy did not live in the home and was not related to any of the other suspects. Bobbi Lynn Lund, 33 of Winnipeg and Diana Dawn Catcheway, 28 also of Winnipeg are the two adults charged. The other youths can’t be named under the young offenders act.

Using a 12 year old kid to sell crack is complete low life. That’s the US crack epidemic in the /80’s all over again. That is predators exploiting kids. Just like the kid on a bicycle in Kelowna who recently sold 17 year old Marissa Ginter the bad ecstasy which turned out to be heroin that killed her. The predators recruit kids to sell drugs to other kids and profit from that exploitation. Using two older women to recruit and exploit kids sounds an awful lot like Kitt Alwood in Prince George. The predators change but the suppliers don’t.