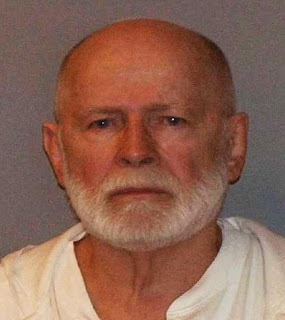 The Vancouver Province is reporting that “James ‘Whitey’ Bulger, the feared Boston mob boss who became one of the most-wanted fugitives in the U.S., was convicted Monday in a string of 11 killings and other gangland crimes, many of them committed while he was said to be an FBI informant. Bulger, 83, stood silently and showed no reaction upon hearing the verdict, which brought to a close a case that exposed corruption inside the Boston FBI.”

The New York Daily News is reporting that: “Already called a rat and a killer, mobster Whitey Bulger was portrayed as a pedophile Tuesday by a leg-breaker who admits bedding his own teen stepdaughter.” Witness found dead - Strangled his accomplice’s stepdaughter

This case shows how dark and deranged a human being can become. He is by his own definition a rat. He was an FBI informant that would rat out competitors in exchange for a blind eye to his own criminal acts just like Colin Martin locally. Once again exposing corruption within the FBI. I like how the media said corruption with the Boston FBI. The FBI is a federal organization. Weren’t they the ones that “investigated” the Boston Marathon bombing? If the Boston FBI is corrupt, how can we trust anything they say?

Yet this case shows how deranged a mob boss can become. He strangled a 16 year old girl because she knew too much and might testify against him. Kinda like what he was doing to his rivals. There is nothing good, moral, manly or honorable in strangling a 16 year old girl. It is messed up. What’s worse is that it was his accomplice’s step daughter. His accomplice pulled out his own step daughters teeth with a pair of pliers so the body couldn’t be identified through dental records and helped dispose of the body. His own step daughter.

A 16 year old girl who the step father admitted to having sex with. A 16 year old girl who became a prostitute to pay for her drug addiction. First they profited from the drugs she was addicted to. Then they profited from her prostitution. That wasn’t enough so they killed her. That is so messed up I don’t know where to begin. Police misconduct doesn’t excuse that kind of depravity. A cop driving home drunk, does not excuse doing that to a 16 year old girl. A cop giving a guy the boots doesn’t excuse it either. We are all responsible for what we do and the patch lickers hate for the police doesn’t excuse their own misdeeds. Sooner or later we all must face the music and accept responsibility for what we have done. Not for what someone else has done.