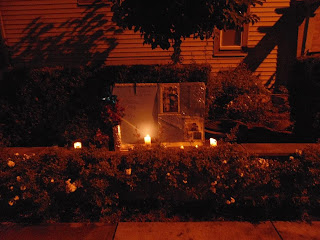 I drove by the site of the fatal stabbing in Surrey tonight. A memorial was set up for the person who died. Kyle Xavier Yellowbird. 21 years old with his whole life ahead of him taken for no reason. A grizzly trail of blood up to the memorial marks his last few steps. This wasn’t gang related. It was a senseless act of violence. Road rage. Stabbing someone with a knife is not an act of self defense. 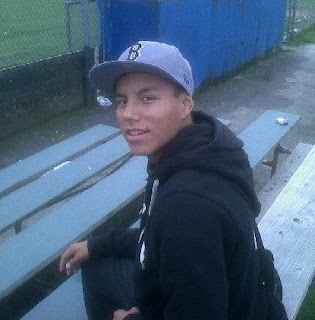 A group of youths were crossing the road and a silver Honda civic raced by almost hitting them. The 17 year old Cory exchanged words with the driver. The driver got out of his car and stabbed him three times. Kyle came to his friends aid and was stabbed once right in the heart.

I spoke with his parents. Wonderful people. Understandably filled with shock and grief. I spoke with another youth who saw what happened. He heard a conflict and came out to help. His mother came out and Kyle died in her arms. The two mothers tearfully embraced and shared a heart wrenching sorrow.

Jesse Cadman, Michael Levi, Jamie Kehoe and now Kyle Yellowbird. Good and evil still exist. The senseless violence is hard for a parent to bear. The assailant drove off in a silver Honda civic. Some of the other kids kicked in the door to mark the car after the stabbing. If you see a silver Honda civic with damage on the driver’s door, call it in. 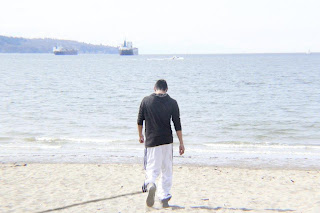 We need to start getting plate numbers. I know it’s hard when things happen so fast. When people are stabbed and when bullets start flying people duck for cover. Yet if we are going to address this kind of violence in our community we need to condition ourselves to get plate numbers. That is the only was public violence will stop. When offenders realize the community will report it.

Update: I understand that the police have the car and a person of interest. Let's hope the crown doesn't drop the ball like they did in the Jamie Kehoe murder. That was absolutely disgusting. In that case they had the suspect and witnesses wiling to testify but crown didn't proceed because they thought they might not get a conviction. Failing to proceed with those charges was a horrific crime all in itself.

Update: There was a memorial on Sunday. Very heartfelt. They wrote messages on balloons and released them. It was very profound. Kyle is well loved. This is a video of the balloon release. 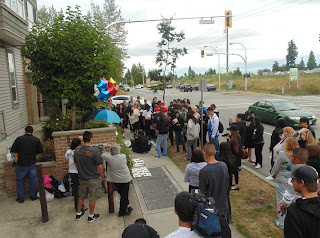 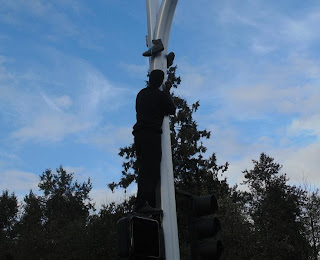 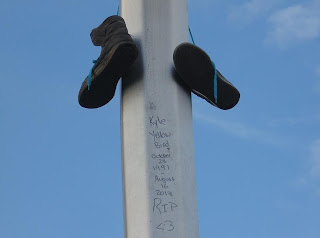 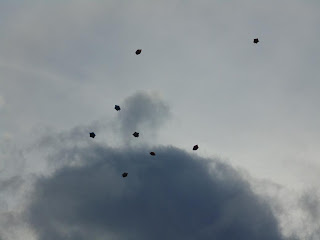 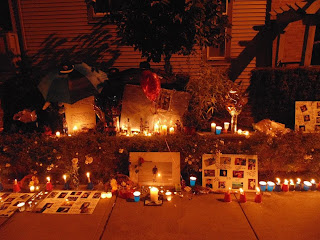