Fake article in the Montreal Gazette 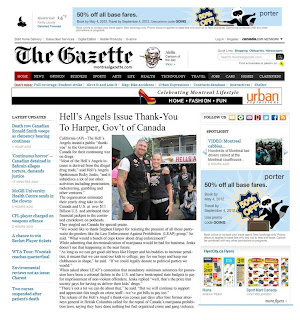 The anti prohibitionists are sending around a fake article on twitter pretending to be from the Montreal Gazette claiming the Hells Angels issued a public thank you to Harper for continuing the drug war. Implying that the Hells Angels profit from the illegal drug trade and Harper's anti crime bill helps the Hells Angles pay their bills.

It fails the test of believability because the Hells Angels don’t want to go to jail for selling drugs so they clearly don’t support the bill. The anti prohibitionists don’t draw the line at pot and want to legalize every drug under the sun including crack, crystal meth and date rape drug. That is absolute irresponsibility. These are the clowns that claim handing out free crack pipes is a health issue so people don’t catch a cold while getting flesh eating disease. They are spoilt brat lunatics.

Ricky Warren Jenks was the sergeant-at-arms for the Washington Hells Angels. He is a former neo-Nazi skinhead who joined a Hells Angels chapter based in Spokane in 1999. In 2009 he was sentenced to two years in prison for being a felon in possession of a firearm.

He became a felon after he was convicted of second-degree manslaughter for the 2001 shooting death of a Lonnie Taylor, who was making methamphetamine in a Spokane Valley home. He was sentenced to 21 months in prison and arrested under a federal racketeering indictment shortly after his release. He pleaded guilty and was sentenced to 16 months in prison with credit for time served, along with five years probation. Authorities referred to the murder as a drug rip.

Amsterdam are reversing their open drug laws because they found it didn’t stop the Hells Angels violent control of the drug trade. It only made them untouchable. Remember when someone sent out that fake twitter message that crashed the New York Stock Exchange? Twitter is a great medium for getting information out there but ya gotta check to make sure it’s true information.

LEAP is Law Enforcement Against Prohibition. They are dirty cops on the take. Mandatory minimum sentences for the possession of pot is dumb but we need mandatory minimums for violent crime as well as for selling not using crack or crystal meth. It really is that simple. 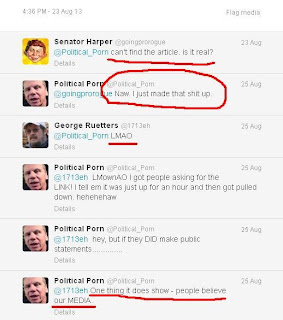