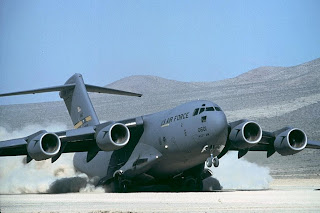 Paul Watson from Infowars is reporting that a single shipment of 24 tons of cocaine was brought into Miami on a US Air force jet from Costa Rica. Whether or not anyone likes Infowars isn’t relative to the fact that this event did happen. This time they don’t claim it was part of a sting operation. This time they claim the cocaine was slated for destruction. I kid you not.

Why on earth would they bring it to Miami of all places, cocaine central, to be “destroyed.” This is sadly reminiscent of Judge Bonner’s claim that the agency brought a ton of cocaine on a jet into Miami when he was the head of the DEA. The CIA adamantly denied it until he went on 60 minutes November 1993 and documented everything. Then they finally admitted it was true but insisted that was the only time and it was a mistake. It was suppose to be a sting operation even though they made no attempt to track the cocaine or arrest anyone involved in supplying it.

They weren’t destroying the cocaine in Costa Rica they were stockpiling it. There is no record of the CIA destroying it in Miami. So here we are 20 years later and the agency gets caught again. Only this time they claim they were going to destroy the cocaine but didn't. All we see is the same old BS except their operation has increased by 24 times.

In Paul Watson’s article he reports that court transcripts state Jesus Vicente Zambada Niebla was allowed to import “multi-ton quantities of cocaine” into the U.S. as a result of his working relationship with the FBI, Homeland Security, the U.S. Department of Justice and the Drug Enforcement Administration. So locally all cocaine trafficking leads to the Hells Angels. Beyond that it all leads to the CIA. Still. Just like in Iran contra. Just like with Freeway Ricky. That is the head of the snake. Gary Webb was right.

More Fast and Furious guns surface at crimes in Mexico

Posted by Dennis Watson at 9:29 PM