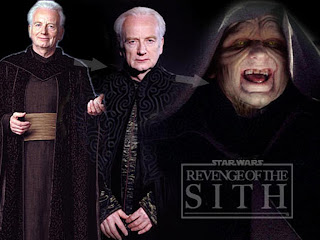 One more for the road. Since Keith Alexander had the audacity to mention 9/11 to rationalize destroying the Constitution, then so will I because the obvious needs to be said. Many think 9/11 was an inside job. First there were the “left wing kooks” who thought it was another Operation Northwoods. Then we had the “Right wing conspiracy theorists” who started thinking it was another Operation Northwoods.

Now we have another large group emerge that think 9/11 was an inside job and they aren’t left wing kooks or right wing conspiracy theorists. They’re professionals in the field of controlled demolition. In the documentary 9/11 Explosive Evidence Experts Speak out we see a multitude of architects and engineers in the field that say the third tower and the twin towers all fell just like a controlled demolition.

They all collapsed into their own blueprint at freefall speed. The only way that can scientifically happen is if the load bearing beams are simultaneously blown out so the building falls straight down without meeting any resistance. They don’t just say we’re experts believe us. They show you numerous clips of controlled demolition and compare it to the fall of the three towers and say what does that look like to you? It sure looks like a controlled demolition to me.

The fact that they found thermite in the ruble is another important fact that would point to controlled demolition yet the way and speed the towers collapsed is all the evidence we really need. No planes hit the third tower. Never in history has a steel framed tower collapsed into it’s own blueprint at freefall speed due to heat and fire. That ridiculous claim is not scientific and defies every other model in existence.

Some claim that terrorists went in before hand and planted explosives on the load bearing beams. Obviously they did. That would have required further planning and opens Pandora’s box as to who it was that planted those explosives before hand.

This is why we need to examine all the evidence of 9/11 and all the suspects without covering our eyes and ears burying our heads in the sand. Operation Northwoods was real. They implemented that plan against the USS Liberty when President Johnston recalled the air support to help repel that attack. That historical treason needs to be addressed. Especially if we are going to use false flag attacks just like Hitler did to throw away the constitution and civil liberty.

Although the hecklers didn’t believe him, Keith Alexander claims the NSA is trying to protect America and Americans. But what is America? In the movie Shake Hands with the Devil, the Canadian General is speaking with a local leader in Rwanda who says exactly that. The leader tells him I’m trying to protect Rwanda. The General then responds with and what is Rwanda? Those mountains? Those trees? How can you protect Rwanda without protecting it’s people?

Likewise, how can we protect America without protecting Americans and the constitution? How can we protect freedom by abolishing it and removing civil liberty? It just doesn’t make sense. It is a con that George Lucas described well in his Star Wars Saga.

The first three episodes of Star Wars, which were released after the second three episodes, showed us how Darth Vader became Darth Vader and showed us how the evil emperor took over a free republic and enslaved it into his own galactic empire. A slimy senator used a false flag attack to become chancellor just like Hitler then used it to suspend the free republic to address the false flag attack. That is how he destroyed a free republic. That is exactly what we have to be mindful of now if we plan on protecting our free Republic and the people within it.