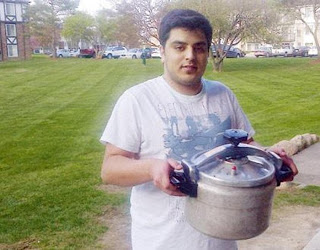 Last night when I was watching a movie on TV they interrupted the movie for an important news break. They claimed a serious but vague terrorist threat has resulted in the closure of all the US embassies in Muslim countries around the world. It was so ridiculous I had to turn it off because I couldn’t stomach it any longer.

The Main Stream Media has become absolutely absurd. The fictional drama is completely out of control. Back in the day we used to have something called investigative journalism. Now because of time and budget restraints most media outlets just reprint any press release any intelligence agency sends them despite the fact that the intelligence agencies have been caught intentionally giving the press false information in the past. Now if you dare speak out against the official version like Dan Rather, you run the risk of losing your job. The press is no longer free.

Killing innocent civilians is a despicable act. For example, the Air India bombing was a horrible event and we should rightfully shun any group or organization that condones or promotes any kind of terrorist activity. That would begin with CSIS. CSIS was directly involved in the Air India bombing and need to be charged and tried for murder since their handler helped plan the attack and provided the explosives. Blindly reprinting every press release CSIS sends out now destroys any credibility the media ever hoped of having.

Bill Tieleman pointed out James Cromitie was a low-level ex-drug dealer who converted to Islam. A well-paid FBI informant befriended the Walmart worker and promised him $250,000 and a new BMW car to fire Stinger surface-to-air missiles at U.S. military planes and plant bombs at Jewish targets in New York. That goes way beyond entrapment. You tell any crack head you will give them $250,000 and a new car if they point a weapon you give them at anyone, they will not hesitate in doing so. That doesn’t mean every crack head is a terrorist. It means you just created one.

This most recent false flag drama is clearly a distraction. What we need to ask ourselves is what are they trying to distract us from? Two things. They are trying to distract us from the reality that the anti terrorist budget keeps losing billions of dollars every year. I’m not talking about wasting billions of dollars on anti terrorism. I’m talking about them losing that much from their budget not knowing or at least not telling what it was spent on.

The other thing they are trying to distract us from is Obama’s Operation Fast and Furious. Previously I said Nixon would never have been allowed to hide Watergate under executive privilege. In fact he tried. The Supreme Court said that executive privilege did not extend to hiding criminal activity. The agency's arms dealing and drug trafficking in Operation Fast and Furious is a huge concern that we need to address. Simply because it was the exact same thing they did in Operation Wide Receiver. It is the exact same thing they did out of Mena, Arkansas. Iran contra never stopped. That is what we need to address. Not perpetuating fear and hate to hide the agency’s drug trafficking and arms dealing.

Especially when we want to empower those arms dealing drug traffickers to throw away the Constitution and the Bill of Rights. In New York the police visited a woman who was researching pressure cookers online. How did they know she was researching pressure cookers online? They were monitoring everyone in violation of the Fourth Amendment. The constitution protects the freedom of religion. A Saudi student in Michigan was interrogated by the FBI after he was seen carrying a pressure cooker filled with rice and meat to a friend’s house for dinner. We need to shun all kinds of terrorism and all kinds of hate and intolerance. We need to protect civil liberty.

“Those who would give up essential liberty to purchase a little temporary safety deserve neither liberty nor safety.” Ben Franklin.