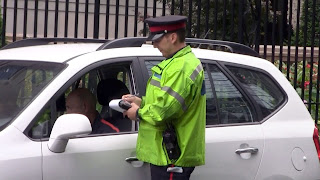 Bill Tieleman put out another profound article on the Surrey Pressure cooker fraud this week published in the Vancouver 24 hours that was featured on Infowars. He makes two significant points that need to be addressed. The first point is the idea of RCMP quotas on terrorism.

Bill Tieleman asks “Did you know the Royal Canadian Mounted Police have a target of six disruptions of ‘terrorist criminal activities’ this fiscal year?” No, I did not know that. People murmur about speeding ticket quotas as a bogus means of raising revenue. Yet terrorist quotas is really absurd. That’s like setting a goal on how many bank robberies you’re going to stop. That would of course depend on how many bank robberies there are in the year. That’s not a figure you have control over. Unless you are going to set them up yourself of course. That is something you would have control over.

Likewise setting a goal or a quota about how many terrorist plots you are going to stop in the year is incredibly suspicious. Where is that kind of goal coming from? CSIS? The anti terror groups that loses $1.5 billion tax dollars of their budget every year? The intelligence agencies whose handlers are providing the explosives for these manufactured terrorist plots? Just where does that quota come from?

In the article Bill Tieleman comes right out and asks “Were RCMP involved in B.C. legislature bomb plot?” Then he answers with a quote from Tom Morino, John Nuttal’s lawyer “I think it’s fair to say yes, this involved undercover, Mr Big-type covert operations.”

I personally don’t have a problem with the Mr. Big under cover operations. When an under cover officer pretends to be a member of a large criminal organization then gets the suspect to confess to a crime they had previously committed. Other than the fact that it’s quite possible the confession is bogus and the suspect made it up to impress what he thought was a crime boss.

What I have a problem with is CSIS or CIA handlers that coach someone into committing an act of terror, offer them large sums of money, then provide them with the explosives to execute the plan like the Toronto 18 or even worse, the Air India bombing. That one totally crossed the line in that they didn’t set up a plot with the intent of stopping it. In Air India they actually helped execute a terrorist attack on civilians and need to be charged with that murder.

The question we need to ask isn’t was the RCMP involved in this bogus plot. We need to ask if CSIS was and the answer to that is yes. The RCMP admit that they found out about the plot through a tip from CSIS. What’s worse is that John Nuttal’s lawyer claimed US intelligence agencies were involved. Especially since the trial of the Boston mob boss showed corruption in the Boston FBI and since the CIA were caught once again bringing 24 tons of cocaine into Miami. Now we need to ask what are the CIA doing setting up terrorist plots in Canada and providing them with the explosives? We know two Surrey drug addicts didn’t buy all those nice new pressure cookers.

They didn’t even have enough money for food on the table. The landlady said that. They’re not going to spend money they don’t have on new purchases for an unknown political cause. I stress unknown because that’s exactly what it is. It’s not a political message like, Get Canadian troops out of Iraq because we never sent any to Iraq. It’s not Get Canadian troops out of Afghanistan because they are already out of Afghanistan. The BC Provincial Legislature wouldn’t have anything to do with that anyways. That would be federal jurisdiction in Ottawa.

Nothing in this case makes sense. Other than the obvious entrapment that it is and that their right to a speedy trial isn’t going to happen. That would mean a full public disclosure of the CSIS handler’s involvement and the CIA’s involvement in providing the explosives and we’re not going to see that evidence submitted in court. Instead they will delay it as much as possible and let him off on a charter violation trying to get public sympathy to do away with the charter of rights. Like we can’t see that one coming.

Nuttal’s lawyer doesn’t expect trial dates until 2015. That sure isn’t a speedy trial for a case that doesn’t even make sense. Sit in jail for two years on false allegations of entrapment. Wonderful. What is this world coming to. Welcome to the new age. It’s radioactive.