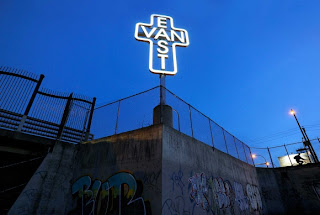 Well our source was right. The Prince George Free Press and the Vancouver Province are both confirming that is was indeed Joey Arrance who was shot dead in Coquitlam Tuesdays night. That is seriously messed up. He had just posted pictures of his newborn son. I’ve got a lot to say about this but I’m pretty pissed and need to walk it off first.

OK this whole Joey Arrance slander campaign is really messed up. There is nothing that Joey could have possibly done that would ever justify killing his girlfriend’s wheel chair bound mother. Nothing. We need to address that first. All the trash talking rationalizing that deranged act is really messed up. That’s not debatable. Killing someone’s girlfriend’s mother for something they did is deranged. We need to face that fact because there are several criminals in Prince George that support and rationalize really deranged acts.

We also need to address the fact that since the Hells Angels control the drug trade in Prince George, there is no way anyone there would burn down Joey’s tattoo parlor and his girlfriend’s home without the permission if not orders of the Hells Angels. No way.

The first red flag I noticed in this case was the police’s press release about seizing a gang member’s bling. At first we all thought go team. Then I noticed that this was a guy who had fallen out of favor with the Hells Angels. Someone who was on their hit list. Why seize his stuff? Because it’s easy since he doesn’t have the Hells Angels on his side any more? Why not seize skidmark or skeletor’s stuff? That would be more impressive. Seize a high ranking Hells Angels bling like weird Hal. Don’t seize someone on their hit list. It makes the campaign suspicious.

Rape is a serious offense. However, lets be clear that this bizarre claim that the Hells Angels have a rule against rape is a lie. Mom Boucher got his patch right after he got out of jail for armed rape. There have been many rape allegations tied to the Hells Angels.

Even if Joey did rape someone and I’m not sure he did, that would not justify killing his girlfriend’s mother. Anyone claiming it does needs some time with Dr. Phil. I don’t know the merits of the case but I do know that is not why they were after him and that is not why they killed him.

There was another rape allegation tied to the GTS in the Renegades clubhouse in Prince George. A gang rape. That was a separate case and the guys got off because it turned out the victim had gone to the clubhouse for a party and willingly took cocaine. I fail to see how that means it’s legally OK to gang rape her for that but the judge seemed to think so. Joey’s case on the other hand was full of contradictions.

My point is, if the Hells Angels were after Joey because he raped someone, then they would be after the others as well. But they’re not. They’re upset about the bad press but when push comes to shove their fake policy on rape is just another fake pr campaign to promote their violent drug trade and their prostitution.

Even the Prince George Troll’s allegations contract themselves. One minute he claims Joey’s new son was probably the child of a rape, then he goes on and insults the physical appearance of his child’s mother. So which is it? The child’s mother is ugly or she was raped? It would appear that neither accusation is true. Just like this insane claim that Joey was an informant. That has been so over plaid it is absurd. They wouldn’t be seizing his stuff if he was an informant.

The common thread between all these slander campaigns against people the Hells Angels have killed is that they are filled with false allegations. They said Geoff Messiner stole from the Hells Angels. No he didn’t. That was a lie. They found someone to do the Vegas money laundering run for less money. They said Britney Irving was a rat. No she wasn’t. That was a lie. She was going into detox and wasn’t going to need any more oxy. Having her clean and knowing that much was too dangerous. Now they claim Joey Arrance was a rat. No he wasn’t. That too is a lie.

We know what the problem was. The police made that clear in their case to justify seizing Joey’s family’s jewelry. Which they should return now that he’s dead. They claimed that Joey was involved with drug trafficking. They claimed he continued drug trafficking when he was in jail. Well there you have it. He was still selling drugs after he lost favor with the Hells Angels. That is what the real problem was. He kept selling when they told him he wasn’t allowed to so they killed him. It’s that simple. The Hells Angels murder rival drug dealers. That has nothing to do with riding motorcycles and everything to do with greed.