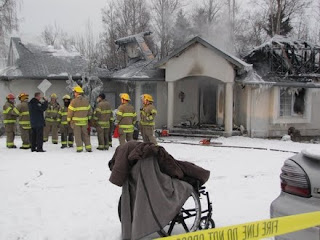 The Vancouver Province is reporting that there was another gang related shooting in Coquitlam last night. Although the police have not yet released the identity of the victim, the Province states they have a source that claims the victim was linked to an Outlaw Motorcycle Gang possibly the Prince George Renegades. Possibly? I’d hardly call them an OMG but they are tied to the Hells Angels who definitely are. I thought the Renegades have been disbanded. Jay Hall had his Harley up for sale and is a freaking meth head while Stephen King went Rock Machine and is now with the Outlaws. So they say.

I’ll wait until the police id the victim before I dive in. I have a source that claims it was Joey Arrance. The Hells Angels killed his girlfriend's mother who was in a wheel chair when they burned her house down as well as his tattoo parlor. Joey used to be with GTS but so was Stephen King when he was striking for the Renegades so they're all tied together. The Renegades were a puppet club for the Hells Angels. Back when they killed Billy Moore and burned his house down. The Crew sold crack for the Hells Angels through the Renegades.

After the Crew got the bad press for cutting off fingers for small drug debts they crossed over to the Independent Soldiers who also work for the Hells Angels. Like we said years ago, the police claim no one sells drugs in Prince George without the Hells Angels permission. A GTS gang rape was committed in the Renegades clubhouse and all of them got off. That would be pretty messed up if it was Joey right after the birth of his son.

Update: The Prince George Free Press and the Vancouver Province are both confirming that is was indeed Joey Arrance who was shot dead in Coquitlam. That is seriously messed up.