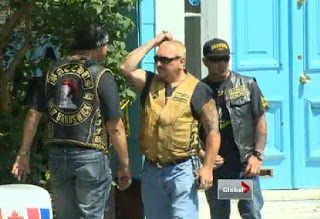 Saint John Bacchus were the ones evicted out of their clubhouse after their former brain dead president Matthew Foley shot up the whole neighbourhood and killed a guy he couldn’t take in a fight. They sure have done a great job at solidifying criminal organization status for their club.