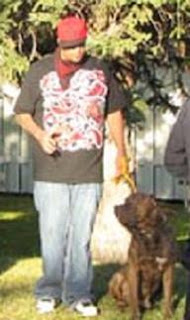 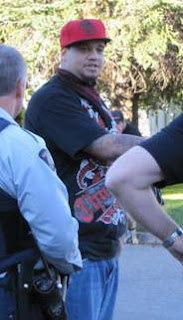 Kim Bolan is reporting that Jacobi Farrell from the Gay Tight Soldiers in Prince George was sentenced to three years after being convicted of possessing loaded prohibited firearms. We remember Jacobi. He’s the Paisley Queen of Prince George. Who wears Paisley? That’s not old school that’s no school. Look and those mannerisms and the way he wears his scarf. Looks like he just got off a Gay Pride float. Not that there’s anything wrong with that. I’m just saying he is the Paisley Queen. Stephen King used to roll with those clowns. Now I hear he’s with the Outlaws. He sure moved up the food chain. I'm sure Rainbow Ricky is thrilled about that. 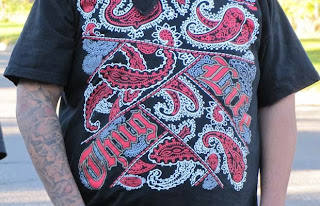