Christmas without the Nativity 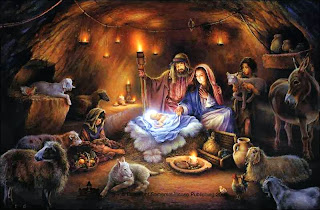 A dusting of snow in the city and it’s beginning to feel a lot like Christmas. Only something’s missing. The hustle and bustle in the malls hasn’t got crazy yet, it’s just right. Lights and decorations make the season festive. Yet something is missing.

Recently I visited a friend’s home and it was nice to see them bring out their Christmas decorations and see what kind of traditions they had in their home. Then it dawned on me that they didn’t have a nativity scene and I went to the mall to see if I could find one. I always thought it was humorous buying a nativity scene made in Communist China so I checked out Wal-Mart but couldn’t find one anywhere.

I went to customer service and an Indo Canadian lady was trying to be helpful but she had no idea what I was talking about. A nativity scene. You know a barn with a manger and baby Jesus. She was uncertain so she went to ask her supervisor who turned out to be a wonderful young lady wearing a traditional Muslim headpiece. Awkward I thought. She was very nice and said they used to sell them but she hasn’t seen them in the store for the past two years. Tragic I thought. I said that’s like Vaisakhi without lights. My daughter later corrected me and said Diwali was the festival of lights.

My point is Christmas without the nativity is rather empty and meaningless. I know we’ve had the discussion about how Christmas seems to becoming a banned word in our society. Thankfully Nina Grewal set the world straight on that one. Yet now it seems that nativity scenes are becoming a banned substance as modernization pushes for the secularization of Christmas and society.

I remember one year driving under the over pass at Guildford Mall only to read a sign that said Have a big beautiful Christmas. I was somewhat choked at the commercialization of the holiday. Money money money. Buy buy buy. Just another retail push that loses it’s meaning completely.

The whole concept of Christ is a story worth telling. It is a tradition worth remembering. I know there was a huge part of my kid’s childhood that I didn’t take them to church because well quite frankly sometimes organized religion can miss the point. Yet no religion is simply growing up in ignorance. Not knowing the historic traditions that answer the questions of where we come from, why we are here and were we go after this life.

We often joke and say back in Ireland Christmas and Easter is the only time most people go to church. Well at least they go then. At least they remember those important holidays. I was raised in the United Church of Canada and have fond memories of moral lessons of service and tolerance growing up. At Christmas there was advent. Lighting a candle each week for the four weeks before Christmas in anticipation of the coming of Christ. That is a good tradition.

When I was young I remember my girl friend took me to a Catholic cathedral in Montreal where she lit a candle for one of her loved ones who had passed on. She was a protestant but she liked visiting the Catholic Cathedrals and lighting a candle and I agreed that was a wonderful tradition. I loved seeing the Stations of the Cross. It really brings home the suffering of Christ. Something we often take for granted. People don't pray to statues. Statues help people remember deity.

I tell my kids that although I totally support the freedom of religion and most religions teach the golden rule, I don’t believe all religions are true. Without the atonement and resurrection religion is empty and incomplete. Christ made the resurrection possible through the atonement. I really can’t stomach the holier than though praise the lord crowd. Yet for me, removing Christ from Christmas is disrespectful. It’s like receiving a gift without saying thank you.

This year I’ve dusted off my nativity scene and am emphasizing Christ. Remembering his suffering and his compassion. I just think remembering that inspires us to be better people. Peace. Let’s hope no one gets shot this Christmas.

On another note, I noticed at indigo they had a special edition of Life Magazine about the mission of Christ. Now that's worth getting this Christmas. 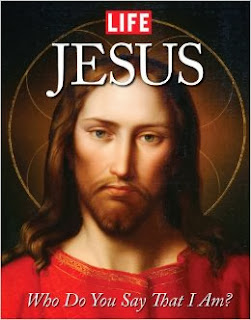