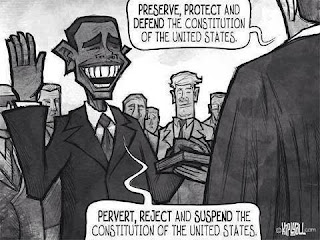 The Vancouver Province is reporting that a U.S. judge has ruled the National Security Agency's indiscriminate, bulk seizure of Americans' telephone records is "almost certainly" unconstitutional and has issued a preliminary injunction to stop the highly controversial surveillance program.

It was clearly unconstitutional and clearly illegal so I'm not sure what a court injunction will do. Other than make it easier to send them to jail if they keep doing it. Yet they should be charged and imprisoned right now. What they did was illegal. They should go to jail and Snowden should be exonerated. It really is that simple. As I've said before, the fact that the NSA has not gone to jail for their criminal activity and the fact that Obama has broken his oath to defend the Constitution while he tries to incarcerate Snowden for telling the truth is a bizarre saga from the Twilight Zone.

When you think about it, the wire taping civil case in England is winding it's way through the courts. Murdoch's News Agency was wiretapping everyone under the sun illegally with the help of Scotland Yard and the local government. Now we hear that Angelina Jolie is suing them in the States for taping her phone and they are trying to have that adjourned to a British kangaroo court with the others. Yet she was living in the states when her phone was tapped. The point is that illegal activity is being confronted in the civil courts while the NSA and Canada's CSEC is not. That is a huge concern for everyone. The NSA and CSEC need to be charged criminally. 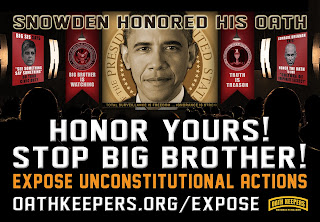