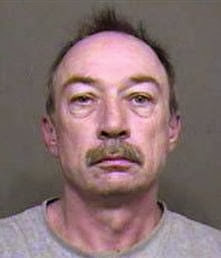 Info Tel is reporting that the jury heard Yaretz was involved with a marijuana crop with Fraser they were partners on. Neighbors claimed they had been under the impression the property was owned by the Hells Angels. Yaretz had a documented link to the Independent Soldiers and served a nine month prison sentence for drug trafficking in 2007. Yaretz was with Jayme Russell when he was pulled over the previous summer.