Surrey Six witness admits to drinking and flirting with police 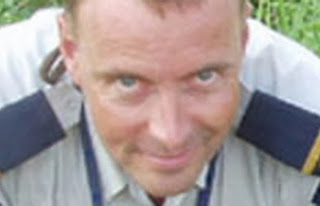 A new admission in the Surrey Six trial has left us once again shaking our head at police misconduct. Cody Haevischer’s former girlfriend admitted Thursday she frequently drank to excess in the company of police while under witness protection and exchanged highly sexualized banter and jokes with them.

Remember, this isn’t the witness that the IHITit member has been accused of having an affair with. This is yet another witness describing unprofessional conduct as the accepted norm. You don’t get drunk and flirt with a witness on a regular basis. Is there any wonder the other IHITit member had an affair with another witness? Inappropriate conduct is the accepted norm.

The Vancouver Province is reporting that defence lawyer Michael Tammen suggested she would drink with the officers handling her in the case. “There was a night of drinking, yes,” she replied. “There was more than one night, there were many nights,” said Tammen. “I drank quite a bit then, yes,” she said.

“You drank to excess in the company of various police officers over a long period of time?” said Tammen. “Until I left B.C., yes,” she said. K.M. admitted there was also an incident of drinking in Toronto. “Consistently in your interaction with many of these police officers, you made inappropriate jokes with them and they back to you, correct?” said Tammen. “That’s just my personality,” said K.M. “Highly sexualized banter, jokes, correct?” said Tammen. “That’s just my personality,” she said.

The Vancouver Province points out that RCMP Sgt. Derek Brassington being charged when allegations surfaced that he was having an inappropriate relationship with a witness in the case. What we are seeing is a pattern of inappropriate, unprofessional conduct that is consistent with the many allegations found in the class action sexual harassment suit filed against the RCMP.

What consenting adults do in private is not sexual harassment. However, getting drunk with and flirting with key witnesses in a very important murder trial is totally unprofessional. This brings us right back to Bill Fordy and Don Ray. The government is denying and rationalizing the many allegations in the class action sexual harassment suit against the RCMP but the allegations around Don Ray are indisputable. His transfer to BC was shameful. Putting him in Surrey with Bill Fordy would be a criminal act.

Shall we talk about the allegations about Bill Fordy’s own inappropriate conduct at the RCMP dinner in Surrey? Can we address that here? Doesn’t sound like anything has changed from the allegations of him and the Pickton investigators toward Catherine Galliford. This still needs to be addressed. Can we do that out of court or do we have to file the paper work first? Please advise.