Mandela and Mulroney have absolutely nothing in common 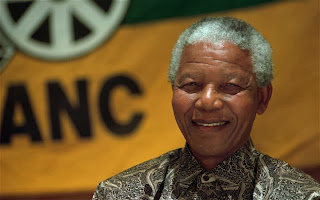 The death of Nelson Mandela has rekindled a fond memory of those who have struggled for freedom. Recently the Vancouver Province ran an insanely offensive article about how Mandela and Mulroney had the same vision. That could not be further from the truth. Nelson Mandela was a true hero. Brian Mulroney was not.

Brian Mulroney was a scoundrel who according to Al Martin was tied to Iran contra through Trans World Arms Ltd and stole 2.1 million tax dollars in an out of court settlement that was awarded based on his perjury over his involvement with Karl Schreiber and the Air bus scandal. Please don’t pretend there was anything good or noble about Brian Mulroney because that is an offensive lie.

Barrick gold was really founded by an arms dealer named Adnan Khashoggi and was tied to Brey X through Barrick gold’s international board of Directors which Brian Mulroney and George Bush were members. Both companies were involved with the same fake gold mine in Indonesia. Stephen Harper used his influence on more than one occasion to promote Brian Mulroney’s business interests in Barrick gold and helped cover up the air bus scandal.

On top of that, last year I wrote about the fact that Canada is still unwelcoming to Apartheid heroes. As of last year there was still a visitor visa ban on members of the apartheid-era African National Congress (ANC) into Canada. This visa ban was from back when the Apartheid government of South Africa which imprisoned Nelson Mandela and the world placed sanctions against them outlawed the ANC of which Nelson Mandela was a member. So please don’t tell me that Brian Mulroney and Nelson Mandela have anything in common because they do not. One is a hero and the other is a scoundrel. History has recorded that. 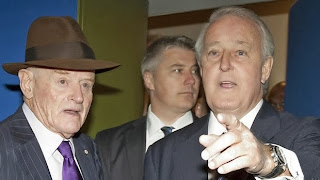