Gang Banger turns out to be another Woman Beater 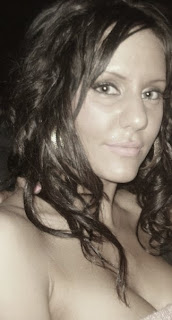 Nicola Cottrell received a conditional sentence for her involvement in the drive by shooting of the Bacon brother associates outside TBarz back in 2009. The sad part is the revelation that her boyfriend Barzan Tilli-Cholim was a woman beater. The Vancouver Province is reporting that although Tilli-Choli initially treated her nicely, the relationship soon turned violent, with Tilli-Choli beating her often. Once, police had to pull him off her as he kicked her while she lay fetal position on the ground. He was convicted of assaulting her and ordered not to contact her. But they soon got back together again and the violence continued.

A few days before the shooting, in February 2009, Cottrell sent Tilli-Choli a text message. "I'm in love with you," she told him. "I'll do what you asked earlier. I want to spend tonight with you so I can wake up with my loved one on Valentine's." God help this woman. Kim Bolan is reporting that Nicola even had Barzan's name tattooed on the back of her neck.

I'm sorry but I have a hard time comprehending this kind of behavior. It shows exactly what Kerri Krysko was recently saying in that "statistically those same people often go back, even years later and a new spouse or partner is doing what the last has done. It’s about breaking cycles and habits." I cannot comprehend why pretty young girls stay in relationships where they are physically beaten. What's worse is Barzan Tilli-Cholim has just joined with Donnie McWhirter, Don Lions and Ryan Holt into the low life woman beater hall of shame.

Update: Nicola claims she was never in the vehicle that did the shooting which makes you wonder why she was charged in the first place. Kim Bolan initially reported that Nicola Cottrell and Sara terebble were both in the car at the time.