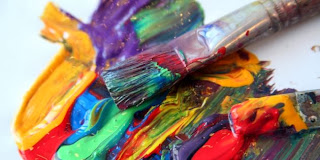 There are several news stories to catch up on but I just wanted to pause and restate the obvious while I share three disturbing images that are permanently cemented in my mind. Kim Bolan is obviously doing a great job covering the Surrey Six trial and even tweeting a play by play. However, there are two recent articles about the trial in the Vancouver Province that I want to cite.

In one article it refers to a merger of sorts between the Red Scorpions and the Bacon brothers. However, it’s pretty obvious it wasn’t a merger it was a hostile take over. That’s why they killed Cory Lal. They wanted to take over the Red Scorpions. I submit that they wanted to take over the Red Scorpions for the Hells Angels just like what was done with the Independent Soldiers. The money Jamie Bacon was trying to extort out of Cory Lal wasn’t for him it was for Larry Amero and the Haney Hells Angels. Larry Amero was partying with the Bacon brothers at the time.

In this other article it concludes that the Crown's theory is that the slayings happened during a war between rival gangs for control of the drug trade. The Bacon brothers took it over for the Hells Angels. Every time we hear a report on the Surrey Six trial we need to remember that. This second article mentions Person X and implies he wasn’t just in on the conspiracy but actually participated in the murders. I find that rather disturbing.

Nevertheless, the first image I want to share is the one that was painted early on in the trial and that is of each of the slain victims lying face down on the ground with their heads covered as they were shot in the back of the head and executed. That is a horrible image. There is nothing cool, noble or respectful in it. I don’t want to hear one word about how anyone who testifies in this trial is a rat. That is offensive. Anyone who doesn’t testify in this trial is a rat. Larry Amero and the Bacon brothers are the biggest rats on the field. Betraying people for money is not honorable.

There is nothing admirable about murder. Any kid can pull a trigger. Executing someone in cold blood to make some money is the epitome of greed. The other image I have was from Christmas morning last year when I saw Janice Shore in a coma at the hospital. A wee angel sleeping after both sides of her head had been caved in with a hammer. There is nothing cool, noble or respectful about that brutal murder. Reporting that person to the police is not being a rat. Failing to do so is.

The third image I have is when I went to Kelowna to see the Britney Irving murder trial. I will never forget the picture of her dead body they showed in court. She was shot twice in the back with a shotgun slug. Then while lying on her back she was shot twice in the front to make sure she was dead. The image I have that will never leave me is the expression on her face. Her mouth was slightly open and it looked like she was cringing in pain as the last moments of pain she felt was frozen in the expression on her face.

I’m not sure which pain was greater. The pain of being shot with four shotgun slugs or the pain of being betrayed by someone she genuinely loved and trusted. There was nothing noble or respectful about shooting a woman in the back to pay a debt. I am told it was for a debt owed to the same person who recently called Mad Child a b*tch on his instagram. Who’s the b*tch now? Reporting these scumbags to the police is not being a rat. Failing to do so is.

The Janice Shore memorial that was ripped down made the front page of the Surrey Leader.