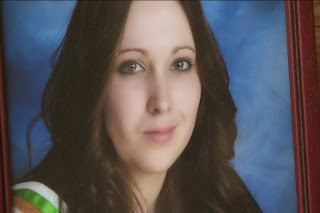 A blog reader sent me this story and asked me to write about it. The tragedy occurred last June but it is timely because there remains unanswered questions and yet another family grieves the loss of a loved one at Christmas.

Courtenay Eggen died June 21st 2013 after her car crashed into s dump truck during a police chase in Salmon Arm. Castanet reported some enlightening facts that weren’t mentioned in the original police version of events.

A witness claims they don’t believe the car chase was called off. "The RCMP car that was chasing the suspect flew off the road and hit my friend's shop. It went off an embankment and down 30 feet where it hit the building. It had a flat tire and it was smashed up. That's why they gave up the chase, because they crashed."

Turns out the officer involved had been told to call off the chase, but refused. Now a young girl is dead. Trying to out run the police is not a wise thing. Yet neither is the pride that perused her in an unsafe manner and ultimately killed her. 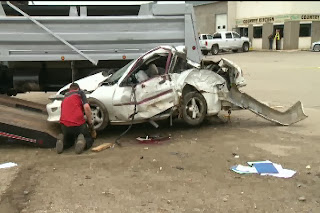 Another more recent case in Texas is a tragedy that involved a police officer who shot an unarmed suspect after pulling him over for speeding. A witness claims the victims last words were 'Oh you're gonna shoot me?' Tragically he did. In a communist country we wouldn’t be allowed to talk about this. Thankfully we can and should talk about it because these things should not happen.