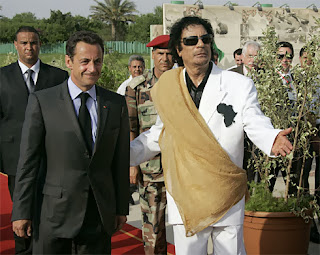 Once again we see global extremism manipulated by the big oil companies. One minute we see a huge drive to invade Iran to steal their oil. The next minute we go to the other extreme and as soon as they are wiling to deal with Western oil companies everyone wants to sell them nuclear power which they can use to make nuclear weapons. Both extremes are insane.

The whole cover up in the media of the nuclear reactor incident in Japan which is still leaking tons of radioactive water into the pacific ocean two and a half years later is insane all on it's own. We should not be supporting nuclear power at this point in time. The leaking radioactive water from Washington State into the Columbia River is yet another example of how hard it is to get rid of nuclear waste and how much damage it does to the ecosystem we live in and the food we eat. Public protests in Japan and Germany are people with a conscience that care about the well being of the planet we live on and have a desire to protect it for future generations. That is progressive thinking. Destroying the planet we live on is not progressive.

This whole Iran thing is frighteningly similar to Sarkozy's quest to trust Gaddafi with nuclear power because he wanted to sell Libya a French nuclear reactor. (Canada is still selling China nuclear reactors by the way that can in effect give North Korea nuclear weapons) So one minute Sarkozy is trying to convince the world we can trust Gaddafi with nuclear weapons, then as soon as he decides to buy a reactor from Argentina instead of France all of a sudden he is a bad guy and we invade his country. It was a Canadian general that was the poster boy of that shameful mission and ran interference for Sarkozy's dirty deed.

Once again we see how big oil companies are setting the precedent for military action. This is nothing new for Iran. This is why we need to recognize the evil Rothschild domain for what it is. Back in the day the courts stopped them from obtaining their corporate monopoly on oil. Now politicians they contribute to call corporate monopolies good business as they gouge consumers and dictate our military policies. That's not freedom. That is corporate communism.