Time to strike down the Supreme Court 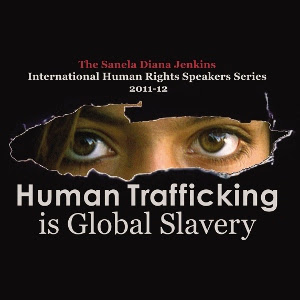 MSN News is reporting that the Supreme Court of Canada has struck down the country's anti-prostitution laws in a unanimous decision, and given Parliament one year to come up with new legislation - should it choose to do so. In striking down laws prohibiting brothels, living on the avails of prostitution and communicating in public with clients, the top court ruled Friday that the laws were over-broad and "grossly disproportionate."

"Parliament has the power to regulate against nuisances, but not at the cost of the health, safety and lives of prostitutes," wrote Chief Justice Beverley McLachlin in the 9-0 decision that noted "it is not a crime in Canada to sell sex for money."

This is insanity. It is time for a judicial review. In the United States judges are elected. We need to implement that same process in Canada now. As it stands we have no mechanism in place to get rid of a bad judge. This decision is the perfect example of how bad judges can remove democracy from a democratic nation.

Dug addicted public prostitution is a huge public nuisance. Allowing that is in direct opposition of health and welfare of everyone - the public, the johns and the sex trade workers themselves. We need to find a balance between what consenting adults do behind closed doors and the huge problem of living off the avails and human trafficking. No judge has the authority to legalize those crimes. This is why we need a judicial review right now. Before we look at reviewing the prostitution laws, we need to review the selection and retention of court judges. That is far more urgent as it currently is a direct attack on our civil liberty and our democratic system.