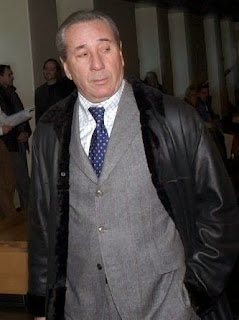 Well this is big news. Vito Rizzuto died suddenly in a Montreal hospital this morning, hours after complaining he felt ill at a party. The Star is reporting that "A spokesperson for the Quebec Coroner’s office Sacré-Coeur was quoted as saying there would be no autopsy because he died of natural medical causes. Antonio Nicaso, an internationally respected authority on organized crime, said he finds the decision not to carry out an autopsy bizarre."

"Nicaso noted that death by poison should not be ruled out so quickly, especially since one of Rizzuto’s enemies, Giuseppe (Ponytail) De Vito, was poisoned with cyanide in Donnaconna Penitentiary near Quebec City last summer." No doubt that creates a huge impression on the Rizzuto come back. Claiming he died of natural causes is ridiculous.