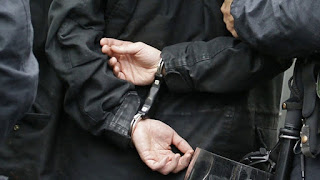 CBC is reporting that "Police say a 17-month investigation has broken up a Coquitlam crime ring that trafficked fentanyl and "relied heavily on family ties." Coquitlam RCMP said in a statement their ENightlife investigation netted 59 charges against 11 people. Their ages range from a 19-year-old, Marcus Leach, who is charged with five gun offences and possession of proceeds of crime; to 69-year-old Karen Leach, who is charged with five firearms-related offences and possession of a controlled substance for the purpose of trafficking."

"Karen Leach is Marcus Leach's grandmother, according to police. Andrew Leach — Karen's son and Marcus' uncle — is accused of being the ringleader of the operation. He faces 20 charges including drugs and firearms-related offences."

Andrew Leach received a four year sentence for a fatal stabbing in Maple Ridge. In 2011 Kim Bolan reported that the fatal stabbing occurred when Andrew Leach got in a argument with someone on their way to a Hells Angels after hours club. Leach was originally charged with second-degree murder but later pleaded guilty to manslaughter.