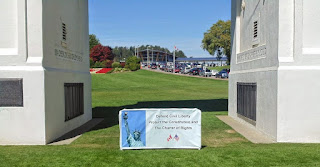 Although confronting organized crime is without question a top priority for Canada, we cannot do so by eliminating or diminishing civl liberty. You can't defend freedom by doing away with it. Defending civl liberty remains our top priority in defense of a free republic.

Likewise we cannot focus exclusively on the Hells Angels. That would be like focussing on Freeway Ricky while we completely ignore Blandon who supplied him. It would be counter productive. Our focuss needs to be on disrupting drug trafficking not on seizing the proceeds of crime. Obsessing over criminal organization status is a waste of time.

As I keep saying, we need to focus on disrupting the drug trafficking not on criminal organization status and seizing the proceeds of crime. That will take us back to LA in Freeway Ricky's time when the DEA stopped disrupting drug trafficking and just focussed on seizing the proceeds of crime to get a piece of the pie in exchange for letting it continue.

The solution is simple. Bob Paulson admitted that he himself almost depleted the supply of federal detectives specializing in Mafia and biker-gang investigations during his tenure as RCMP commissioner. So the next logical step would be to put them back investigating organized crime where they belong. Since the Christy Clark government disbanded the Outlaw Motorcycle Gang Unit after their success in Kelowna with the David Giles and Johnny Newcome busts, then bring back the OMGU. It really is that simple. All I know is that things need to change.