Michael Smyth needs to get a life 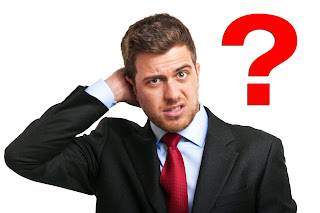 Holy drama queens, Michael Smyth has completely lost it. It must be a slow news day when you have to consume all your spare time to create fake news. That clown is still going on about a ridiculous court case that he admitted himself has no merit claiming it's going to cost taxpayers money even though it won't go anywhere. Aside from being a lunatic, he is wrong. When you falsely sue someone for defamation and you lose, the costs are usually in the cause. That means the guy that made the bogus application has to pay both sets of legal costs.

Today's scam city takes us to the tumultuous world of Gordon Wilson. He's the guy that got a sweetheart job as an LGN lobbyist after his wife wrote a book spinning for Christy Clark. Michael Smyth didn't have much to say about that aspect of the dirty deal he's spinning.

John Horgan and Bruce Ralston said Gordon Wilson did little to earn his lavious salary "advocating" for LGN. That was a fair comment. Advocating for LGN is awfully ambiguous. Don't get me wrong. I support LGN. Natural gas is clean burning. Coal is not. It' just that you don't have to pay someone 12,500 tax dollars a month to say that.

In February 2013, Tyabji and Wilson signed a consent order agreeing to a judgment of $35,853.33 to Hakemi Law Corporation. That was just for legal bills they owed their counsel.

As I previously said, Bruce Ralston is from Surrey. He is a longstanding MLA that is well liked because he genuinely cares about his community. Michael Smyth's attack ads against Bruce Ralston sound awfully Shakespearean as in the lady doth protest too much methinks.

In fact, Mikey's swan song is heading for a Macbeth soliloquy. His meaningless attack ads sound like a poor player that struts and frets his hour upon the stage then is heard no more. A tale told by an idiot, full of sound and fury signifying nothing. Sad indeed. As in pathetic.