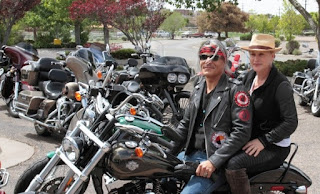 The Free Press reported that "Premier John Horgan has acted on another of his key election promises, announcing that tolls will be lifted from the Port Mann and Golden Ears bridges effective Sept. 1." That day has come. Now that's what I'm talking about. I support the freedom to move. In fact mobility rights are entrenched in the Canadian Charter of Rights.

The first spin people complain about is asking how the NDP are going to pay for it? Wait 'til I tell ye. The first thing they can do to save money is to get rid of the American private company collecting the tolls. The only reason a private company will collect tolls is to make a profit. That's why they kept the toll on the Coquihalla long after it was paid for. Getting rid of that firm will save taxpayers money.

The Lion's Gate bridge used to be tolled. Now it's paid for. You can't put a toll on bridge after it has already been paid for. That's just another tax grab. Politicians are gluttons. The more they tax the more they spend. How about reducing services so we can lower taxes? Let's start with the Metro Vancouver's Glutton Council. That wasteful duplication of services is mandated to burn tax dollars like an incinerator. It needs to be disbanded.

The next thing that needs to go is Translink's tax and spend think tank. Translink already burns an extra billion dollars a years in a regional gas tax. No private company would be able to function going a billion dollars over budget year after year. That fraud needs to be fixed. Getting rid of the tax and spend think tank is the first step. They are a waste of money.

The final step to recover lost revenue is to fix the BC Hydro fraud. We need contract back in the private power brokers that sell power to the public company at above market rates. That will save taxpayers billions. While we're at it BC and Alberta need to nationalize their oil resources like ICBC. Letting Communist China have the profits from our natural resources is insane.

We can still keep all the private Canadian oil contractors. We just need to take back the ownership of our oil from Communist China. That would increase tax revenue and reduce debt on a steady basis. That would be good business. Peace.