Not surprisingly, as soon as the tolls were scrapped on the Port Mann bridge traffic spiked. Traffic patterns have changed. Now the NDP have scrapped the $2.5 billion bridge scam to replace the George Massey tunnel. So in reality, scrapping the bridge tolls just saved taxpayers $2.5 billion.

Since Treo screwed me over on toll bills I have been taking the other route to Vancouver. I take the Alex Fraser bridge into Vancouver and the George Massey tunnel coming back. During rush hour traffic in the tunnel is surprisingly light. Now with more people using the Port Mann it will be even better. That whole mega bridge was another scam. What we need is fiscal responsibility. Christy Clark and Diane Watts, the queens of insider trading, are not it.

Another simple way to save another $2.6 billion tax dollars would be to scrap this insane idea of putting an on ground railway through the middle of Surrey. That is the stupidest idea in recorded history. We dont need it and we don't want it. Spending money on that would perpetuate the insider trading fraud. An on ground railway from Guildford Mall to Surrey Place is stupid. It is a short commute by bus with no wait times. An onground railway would disrupt all traffic crossing the line and throw traffic lights out of synch which would make traffic congestion unbearable. There's no room for it either. That's why they want to cram a road through parks, playgrounds and schools. Stop the fraud. Loose the airheads. 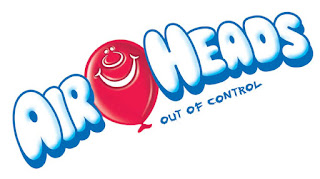 Posted by Dennis Watson at 7:31 AM