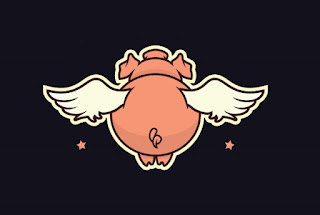 CBC is reporting that "Canada's highest court has agreed to hear an appeal involving four RCMP officers who investigated the so-called Surrey Six murders in Surrey, B.C. The Supreme Court of Canada has ruled it will hear special prosecutor Chris Considine's appeals of a 2015 ruling from the B.C. Supreme Court and a 2017 decision from the B.C. Court of Appeal."

RCMP officers Derek Brassington and Paul Johnston, David Attew and Danny Michaud face charges including breach of trust, obstruction of justice and fraud. The trial for the four men was expected to begin in 2013, but has been delayed repeatedly.

This is a colossal concern because this is what's holding up Jamie Bacon's trial which could in fact see him get off due to trial delays and would be a crime against humanity. An RCMP officer slept with a witness in the Surrey Six. That was unprofessional. Having an affair on his wife was cheap. Yet none of that has anything whatsoever to do with the Surrey Six murder and investigation. Jamie Bacon's trial needs to proceed. Delaying that trial any more is simply wrong.

The CBC article is referring to Chris Considine's appeals of a 2015 ruling from the B.C. Supreme Court and a 2017 decision from the B.C. Court of Appeal. We need to find out which decisions the special prosecutor is appealing. Publication bans prevent revealing details of the decisions publically but not privately. One would think the special prosecutor would not be appealing a decision that convicted the police he charged.

The thing is, the four officers have not been convicted yet. Their trial is being delayed to allow for the completion of this appeal proceedings. Police misconduct charges in this case were filed by the Ontario Provincial Police. Let's hope the RCMP aren't putting the trial of Jamie Bacon at risk just to cover up more police misconduct like they did during the Pickton inquiry.

Posted by Dennis Watson at 2:29 AM