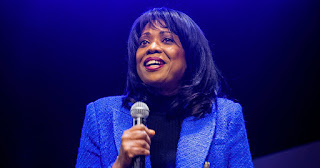 "People are concerned that they are seeing so much of what was dismissed as a conspiracy theory actually manifest over the past two years. Take for example The Great Reset, which was never a conspiracy - it was an actual book written by the head of the World Economic Forum, Klaus Schwab, about how to usher in a green economy." This is fake environmentalism.

Farming is green. Industrial coal is not. We need to remember what Communism really is. Communism is slavery built with and maintained by lies and it ties in with our present media monopoly. We often hear the term fake news because that's exactly what it is. Within Communism it's called propoganda which is a crucial part of their MO. Propaganda is a polite word for lies which is the driving force behind Communism.

During Roman Barber's recent visit to Surrey, he was repeatedly asked about the Worl Economic Forum by several different people in the audience. Roman said he didn't feel the World Economic Forum was the exclusive problem. He said that Klaus Schwab wasn't the one who first said you'll own nothing and you'll be happy. That was Karl Marx. He said Communism is infiltrating everything including our schools.

He said your child's teacher in school teaches them critical race theory which tells them if you are a particular race, you're oppressed and can't succeed. That is a horrible thing to tell a child. It's also not true. All people are equal and anyone can succeed. That is what we believe and that is what we are supposed to teach.

Critical race theory also teaches children that if you are a particular race you should feel guilty about your identity. That is also a horrible thing to teach a child. We are responsible for what we do not for what other people do. Personal accountability is something we all need to embrace.

As Leslyn Lewis observed, a lot of people are aware of the World Economic Forum's agenda and passionately oppose it. Propaganda and control of the media is a big part of that agenda which we are constantly bombarded with every day.

Global Television has become the Canadian CNN of fake news. All our newspapers are owned by the same outlet. Control the outlet and you control the news. That's why it's so important to be mindful of the agenda so you can put the fake news into perspective. 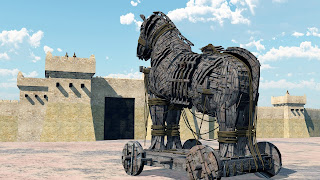