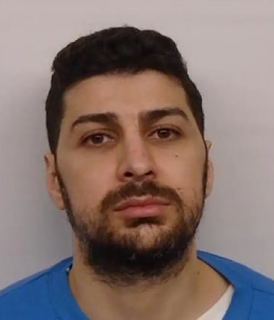 The Toronto Star is reporting that "Rabih (Robby) Alkhalil, 35, was serving a life sentence for the 2012 murder of mobster Johnny Raposo. Alkhalil is considered a leading figure in the organized crime group The Wolfpack Alliance." He escaped North Fraser Pretrial because he is on trial along with Larry Amero and Dean Wiwchar. Robby and Dean work for Larry Ameo. 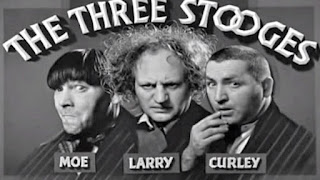 The Three Stooges' trial has been going on for quite some time and will resume on Monday in Robby's absence. This is a picture of the two clowns that helped him escape. They're probably police agents. He's probably gone into Witness Protection along with Jamie Bacon because that's how compromised the CFSEU is right now. 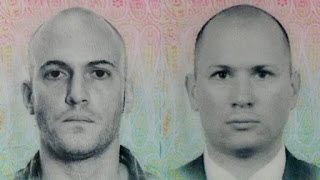 DR Spin, the completely compromised drama queen, reports it as " Police hunt for accused gangland killer who escaped from Poco jail with help of plasma torch." Oh yes the police are doing such a great job. Not. This mistake was a huge f*ck up in a long line of huge F*ck ups. That's assuming it was an actual escape when it probably wasn't.

Audio file of Jamie Bacon Cooperating with the Police.

Think about it. Robby Alkhalil couldn't have planned an effective escape without the Red and White. They are the only ones that could hide him and support him while on the Lam. Yet why would they break Robby free and not Larry? It doesn't make sense.

Remember Robby, Dean and Larry were also all part of a huge drug trafficking network in Ontario. That's why they were killing people. Frédéric Lavoie and Timoleon Psiharis both skipped town right before the bust because they had a dirty cop on file that warned them of the bust beforehand. Frédéric Lavoie was killed and dismembered in Colombia while Timoleon Psiharis was tortured, beaten to death and dumped in acid over in Greece by Damion Ryan. If these f*ck ups had two coaccused brutally murdered for skipping town without letting them know, don't you think Lary would be pissed Robby organized a prison break without him?

Robby Alkhalil's older brother was shot dead in the Loft six supporting back when the Independent soldiers were rivals before they were taken over by the Hells Angels. That's a lot of year of service to the red and white. Ya think Robby is starting to question Larry and Damion Ryan? Damion Ryan is a POS. Timoleon Psiharis came to him for help and Damion Ryan completely f*cked him over just so he could get his Filthy Few patch.

Ya think Robby might have thought that was messed up? Robby was able to skip town too. It could just as easily have been him. Let's not forget that in March the Crown announced all of a sudden that Dean Michael Wiwchar's trial was going to be separated from Robby and Larry's trial.

Dr Spin claims that "One source said that if Alkhalil is not found quickly, he will likely never be found." That is absolute bullsh*t. How's he going to get on a plane and leave the country? If the red and white are going to hide him in the Dominican, how's he going to get there and why would they take Robby there but not Larry?

Robby was found in Greece. Why is it unlikely he wll ever be found if he's not found soon? That's because Kim Bolan is spinning for the compromised CFSEU and Robby is now in witness protection. She's just grooming us to accept the fact that he'll never be found to cover for their plot. If the red and white don't have him, they know what I'm saying is true.

Do you know who are the only people that roll on the Hells Angels in Quebec? The hitmen they hire to kill people. You know why? Because they know when their time is up, the club will have them killed next. Just like Christmas in Vancouver 1995.

The National Post is reporting that "The RCMP says images it released of two men who allegedly helped an accused murderer escape custody were actually stock images and not photos of the suspects." That makes no sense whatsoever. They were supposed to be surveillance photos not some pictures left behind by one of Robby's associates. Nobody walks around with hard copoes of photos any more and inmates aren't supposed to have cell phones. They certianly aren't going to take a picture of the escape on a burner phone to aid the police investigation.

Remember if you subscribe to the Vancovuer Sun, you also get a subscription to the National Post because they have the same owner and are clones of each other. Same sh*t different pile.