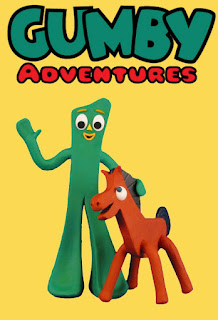 Vancouver is Awesome is reporting that in their murder trial, Gumby was shown pictures from the Kelowna shooting scene where he was injured, his buddy Jonathon Bacon was killed and Spike's niece was paralyzed.. "Amero nearly fainted. The case was stopped as sheriffs gave him water. He was taken out of the courtroom while the co-accused remained."

"When the Bacon killing went to court, Jason McBride pleaded guilty to second-degree murder and attempted murder and was given a life sentence with no chance of parole for 18 years, while Jujhar Khun-Khun and Michael Jones pleaded guilty to conspiracy to commit murder, and were sentenced to 18 years imprisonment. That case heard the shooting was in retaliation for the October 2010 murder of Gurmit Dhak, the leader of the Dhak Group gang."

Partial truth. Yet the Dhak Group didn't start the violence. Larry Amero started the violence when he got Jammie Bacon to orchestrate the Surrey Six. The Dhak Group had nothing to do with that.

February 3rd 2009 Raphael Baldini was murdered in the Guildford parking lot. The Dhak Group had nothing to do with that. That was Larry Amero and the Bacon brothers. It was a follow up purge to the Surrey Six where the Hells Angels took over the Red Scorpions from the UN.

Nicole Alemy was shot dead in Surrey Feb 16th 2009 with her toddler in the car. The Dhak Group had nothing to do with that. That was Larry Amero and the Bacon brothers. It was a vindictive follow up purge to the Surrey Six. Nicole's husband was tied to the UN and the Red Scorpions out of the Surrey Six condo just like Raphael Baldini was.

Johnnie Raposos was murdered in Toronto on June 18th 2012. The Dhak Group had nothing to do with that. Both of Larry Amero's current co accused were convicted of that murder - Dean Wiwchar and Rabih Alkhalil. Robby worked directly for Larry Amero and Dean worked for Robby. Larry Amero and Jonathan Bacon attended one of the Alkhali's weddings in Ontario long before they were shot in Kelowna. Robby said Dean was his best hitman.

Larry Amero was a two bit thief from Walnut Grove who got juiced up and joined the Hells Angels because his Dad was a longshoreman and he had money. This drama about him almost fainting in court after seeing pictures from the Kelowna shooting is totally pathetic. How many similar murder scenes has Larry Amero been responsible for? Too many to count.

When Larry and Robby were busted in that huge cocaine ring back east, two of the Quebec members skipped town right before the bust. They found out about it from a dirty cop. There was no way of notifying Larry and Robby because all their communication was monitored.

One of them was killed and dismembered in Colombia. The other was tied to a chair and beaten to death then dropped in acid over in Greece where Robby was hiding out and Damion Ryan got his patches. Damion got his filthy few patch after killing the fugitive that came to him for help. Larry Amero has lost his mind. Where do you think that road leads? Robby's siblings are dead.